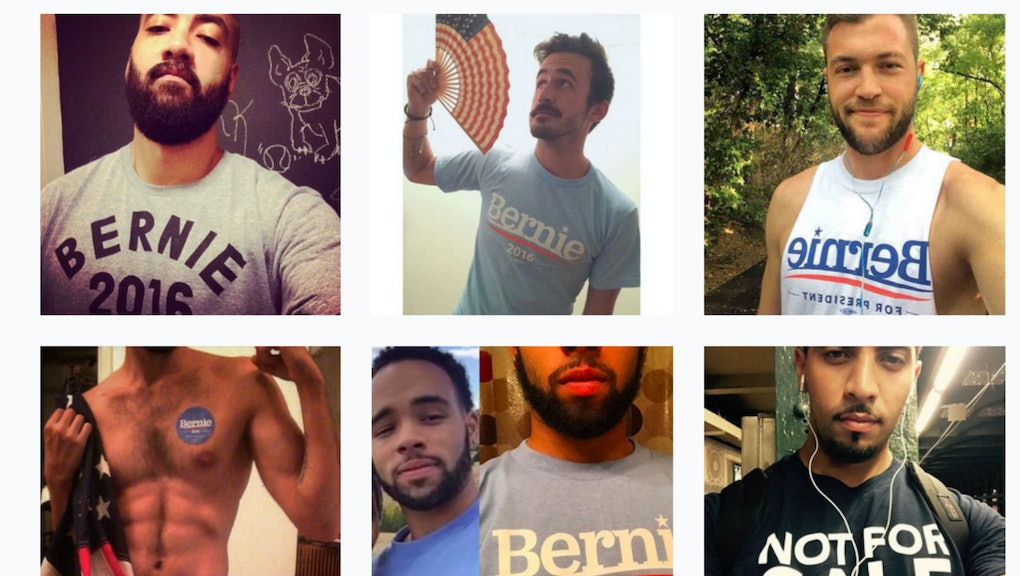 It's inappropriate to focus on a political candidate's looks — unless, perhaps, it's Canada's Justin Trudeau — but, according to one Instagram account, supporters are more than fair game.

A new Instagram account, MenWhoBern, a play on Sanders' famous hashtag, is redistributing the wealth of hot guys on the Internet. The account collects the hottest socialist-loving selfies to create one online archive of picture-perfect progressives.

The Instagram account is not just a repository for gratuitous hotness, though. It's no secret that Sanders is popular among young voters. Many of the shots show supporters discussing why they Support Sanders and their views on several important issues.

"I #feelthebern because Americans deserve to live in a system that doesn't breed worry and stress, like I do," reads one sign on the Instagram's account. Another picture shows a man holding a Planned Parenthood solidarity sign.

Last week, the Atlantic brought the rise of the BernieBro, the Sanders-loving frat guy, to the public's attention. In his analysis, Robinson Meyer specifically called out male Sanders supporters who saturate Facebook feeds with political punditry on the Vermont senator, CNN polls and think pieces.

Sanders is famous for running on a platform of income inequality, gender and racial parity, and strengthening the middle class, but he may have inspired an even better historical phenomenon: the rise of the broletariat.