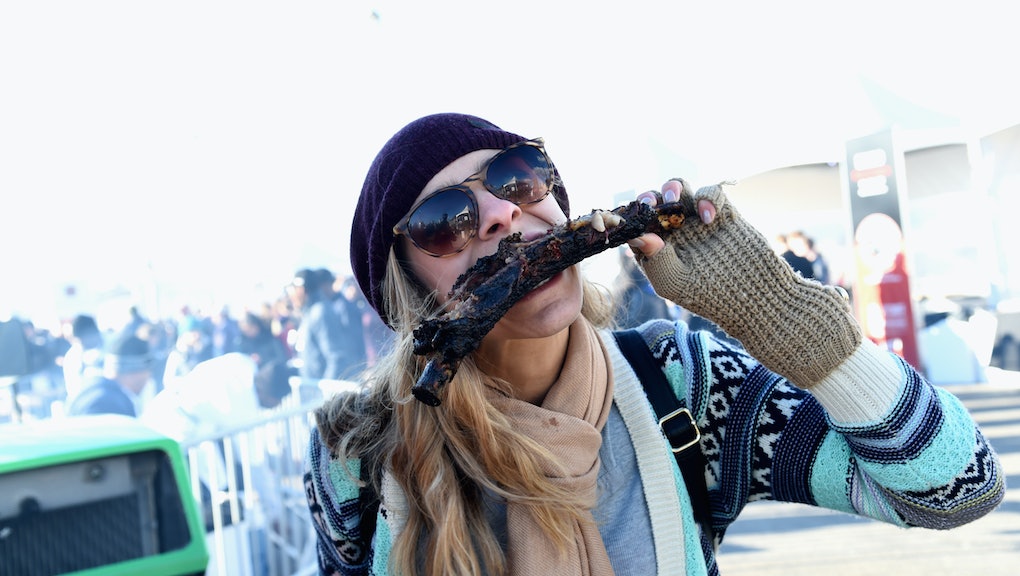 It looks like it might be time to stop hogging down serving after serving of bacon, ribs and bacon-wrapped ribs, courtesy of a forthcoming report from the World Health Organization said to be firm on evidence linking red meat consumption to cancer.

The WHO is planning on announcing Monday that processed meats like "bacon, burgers and sausages" pose as big a cancer risk as smoking cigarettes, and fresh red meat is only slightly better, a "well-placed" source tells the Daily Mail. The paper reported the findings will be announced on Monday after a panel of ten scientists "reviewed all available evidence."

On their website, the American Institute for Cancer Research wrote such an announcement would "support AICR's analysis of the research on this issue and our recommendation to limit red med meat and avoid processed meat." The AICR added available research backs a link between red meat and processed meat consumption and colorectal cancer, though it found small quantities of fresh red meat do not pose a significant health risk.

"The meat industry will attempt to attack the science," the AICR wrote.

Previous research has backed the idea that people who eat large amounts of red meat should cut back their consumption to avoid bad outcomes like obesity, cardiovascular disease and early death.

That said, the Daily Mail is notorious for its cancer reporting, which has linked everything from teen sex to plastic bags and left-handedness to cancer. The WHO has not yet issued any formal statements verifying the paper's report.

But in the meantime, meat industry officials are very concerned the report could go over badly for them. Earlier this year, Quartz reported the industry is "bracing for the worst."

"It's our 12-alarm fire, because if they determine that red and processed meat causes cancer—and I think that they will—that moniker will stick around for years," North American Meat Institute science affairs vice president Betsy Booren told a recent industry meeting, Quartz relayed from industry publication Meatinghouse. "It could take decades and billions of dollars to change that."