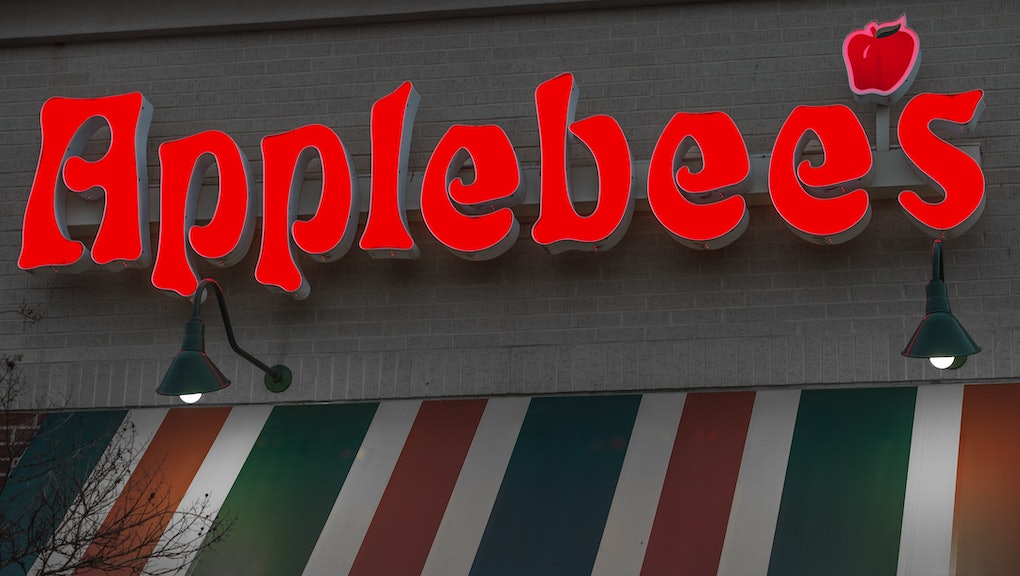 Caleb Dyl, a 21-year-old who lives with autism, worked as a line cook at a Rhode Island Applebee's for about a year. The Daily Beast reported the young man's job coach called him a "tireless worker" and a colleague noted the restaurant was "lucky to have him." Yet despite his performance, Dyl never received one paycheck for his work.

After facing public outrage once Dyl's story went public, Applebee's agreed to compensate him, telling ABC News Thursday that Dyl — who was placed at that job through an agency called Resources for Human Development, which helps individuals with disabilities find employment — was not paid due to "a series of unintended errors," which the spokesman added was "unacceptable."

Initially, Applebee's said it would pay Dyl for 166 hours of work, according to the New York Daily News. On Monday, however, the New England regional director of operations said the chain will now pay Dyl for the full 480 hours he worked, WGN TV reports.

Wider implications: Dyl may ultimately receive fair compensation, but his struggle to obtain it is not so unique given policies around equal pay don't necessarily apply to people with disabilities. As stated in section 14(c) of the Fair Labor Standards Act, disabled workers are paid "according to their productivity," the Daily Beast reported in September, which can mean state or federal minimum wage standards are not guaranteed for this population. And this legal discrimination only adds to the myriad other forms of discrimination people with disabilities face each day, including lack of accessibility in public places, ableist language and social barriers.

Dyl's father, Bob, told ABC News he's "satisfied" with the restaurant's response and that his son may return to work. This time, though, his son will probably be fairly compensated for his work.