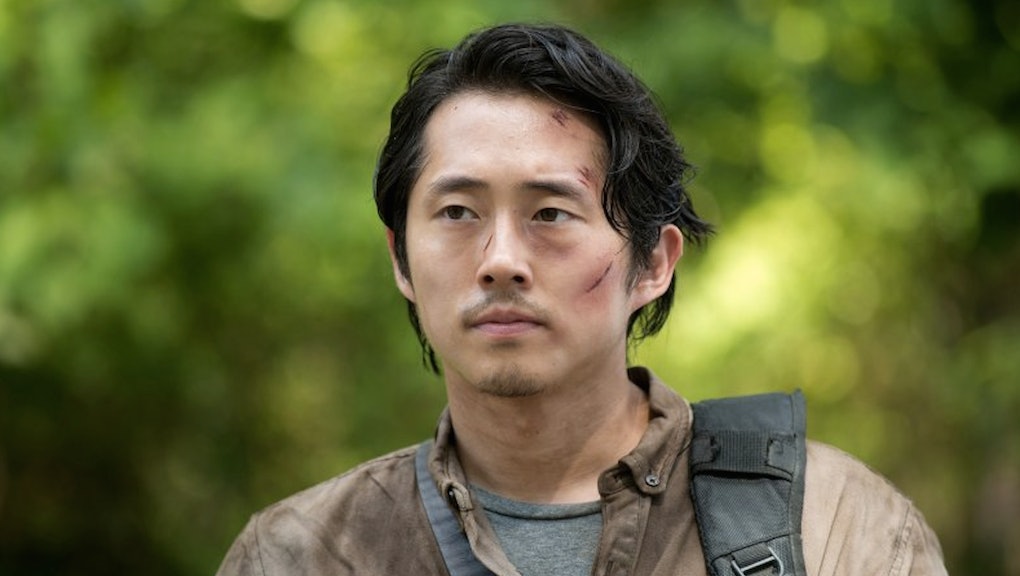 Is Glenn Dead? What We Know About 'The Walking Dead' Star's Death in Season 6, Episode 3

Audiences of The Walking Dead were shocked when a fan favorite, Glenn, was killed off during Sunday night's episode. Despite the apparent death, dozens of theories surfaced online explaining how the character, who has been a staple of the show since the first season, could still be alive.

As the Daily Beast reports, actor Steven Yeun wasn't a guest star on Talking Dead, AMC's follow-up show that airs immediately after each episode. The talk show typically hosts guests whose characters were recently killed off in the series.

What happened to Glenn? In the episode, Glenn returns to the secure community of Alexandria when his group's plan of leading dead walkers away from the town goes awry. Glenn winds up surrounded by flesh-eating zombies in an alleyway with another character, Nicholas. After Nicholas commits suicide, it appears Glenn is ripped to shreds by the pack.

According to the Daily Beast, "The scene leaves a phantom of ambiguity behind. Was that Glenn's body being torn apart or Nicholas'? (Nicholas's body appeared to land at least partially on top of Glenn's.) The camera never pulls back far enough for us to see the situation clearly and when we cut away, Glenn, for the moment, is still alive (but quite possibly being torn to shreds)."

Forbes writer Paul Tassi also concludes "all signs point to no" when it comes to Glenn's death.

Fans hoping the producers may have tricked audiences into thinking Glenn had been killed shared possible alternative endings to the sixth season's third episode. "Logically Nick's body landed on Glenn and [therefore] all the blood is getting on Glenn, so he should live!!!!!!!" one user wrote on Twitter.

For now, it remains unclear whether Glenn is gone for good. However, the season has just started, and if The Walking Dead fans know anything, it's this: In a show full of twists and turns, anything can happen.