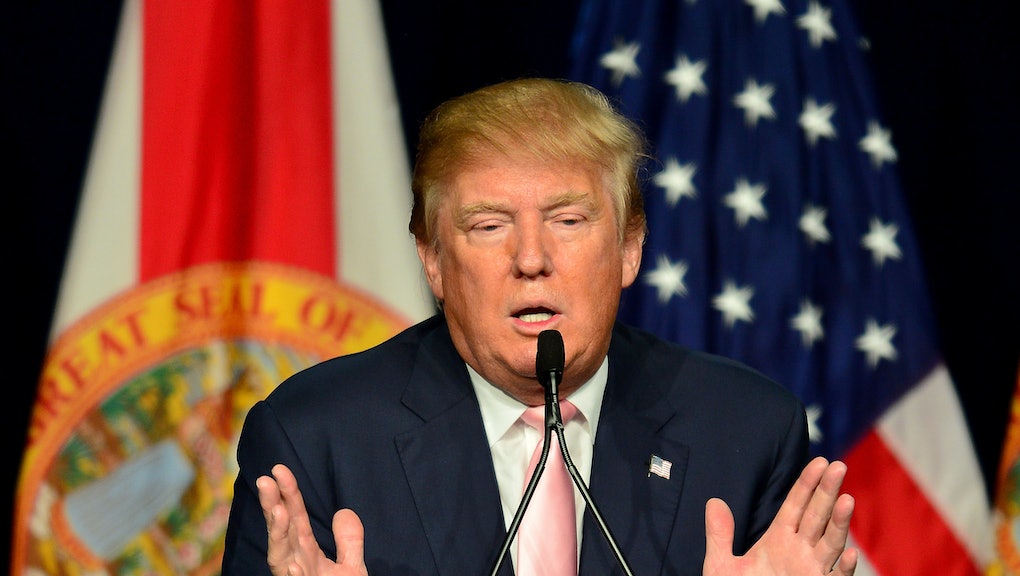 As Donald Trump tells it, his bravest journey hasn't been from the penthouse to whiffing distance of the White House, but in bringing the family business from Queens and Brooklyn, New York City's two largest boroughs, to gilded Manhattan.

Trump's father, Fred C. Trump, died in 1999 with an estimated net worth of between $250 and $300 million, according to his New York Times obituary. He was born in 1905 and began building garage attachments to one-family homes in Queens and Brooklyn before he graduated high school.

It wasn't until 1973 that the Trump brand made its way to Manhattan, at the insistence of Donald. But it didn't come cheap. Plugging the numbers into the Bureau of Labor Statistics' inflation calculator shows the loan he discussed with host Matt Lauer — that $1 million — would be roughly equivalent to $5,359,121.62 in 2015.

Trump had not yet finished his riches-to-even-greater-riches story when Lauer intervened:

Ah, perspective: In September, National Journal did the math on Trump's fortune, attempting to add a degree of context his boasts of "great success" in the real estate market.

Here was its findings:

Simply stated, everything Trump has done since entering the Manhattan real estate market in the early 1970s — this includes building hotels around everywhere from Las Vegas and Miami to Europe and the Middle East — has, in effect, cost him money.

But even as his personal fortune is diminished from what it could have been if he had locked himself in a room for the past 40 years, the Trump brand grows apace. And why not? The most recent polling out of Iowa shows him on the up again, tied with Dr. Ben Carson for the lead in the state's key presidential nominating contest.