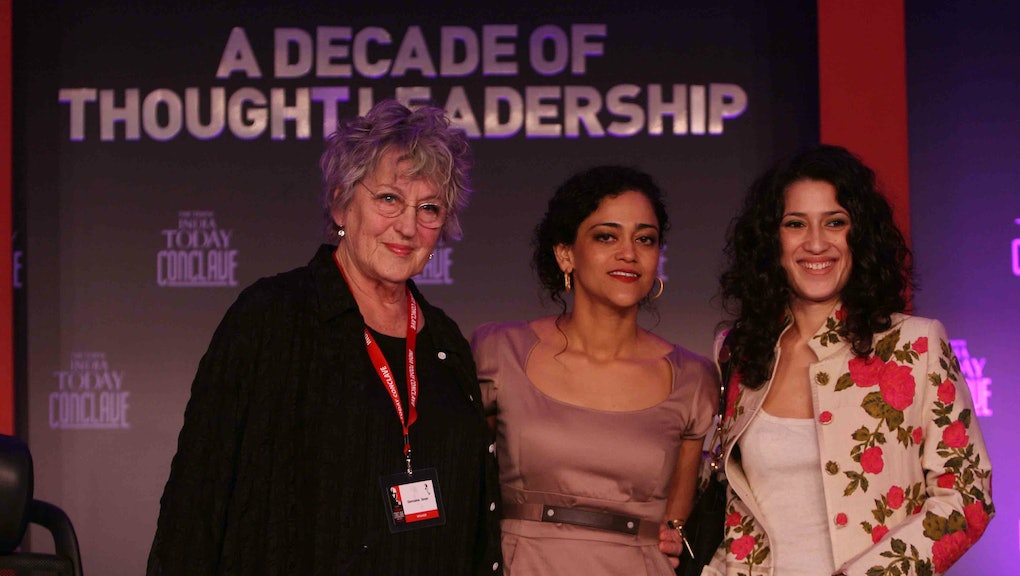 Germaine Greer, an Australian feminist author, appeared on BBC's Newsnight Friday to discuss the controversy surrounding a petition asking Cardiff University to ban her from speaking there.

"Apparently, people have decided because I don't think that postoperative transgender men, M-to-F transgender people, are women, I'm not to be allowed to talk," she told BBC Newsnight's Kirsty Walk.

The petition to ban Greer, famous for her book The Female Eunuch and for her view that a transgender woman is essentially "a man's delusion that he is female," began Thursday and surpassed its original 2,000-signature goal by Monday morning.

However, those signatures may not even matter. The university rejected the petition and plans to move forward and welcome Greer.

The petition states that Greer has "demonstrated time and time again her misogynistic views towards trans women, including continually 'misgendering' trans women and denying the existence of transphobia altogether."

Greer's talk, "Women & Power: The Lessons of the 20th Century," is scheduled for Nov. 18. Greer told the Guardian she said she believes this is part of a larger issue: "I do not know why universities cannot hear unpopular views and think about what they mean."

In the BBC Newsnight interview, Greer called the praise of Caitlyn Jenner misogynistic. "I think misogyny plays a really big part in all of this, that a man who goes to these lengths to become a woman will be a better woman than someone who is just born a woman," she said.

"It seems to me that what was going on there was that he/she wanted the limelight that the other, female, members of the family were enjoying and has conquered it, just like that," she added, snapping her fingers.

Despite this and other controversial conclusions, Cardiff administrators released a statement saying they welcome people with all views to speak at their university, and that they are "committed to free speech and open debate."

"Our events include speakers with a range of views, all of which are rigorously challenged and debated," the statement read.

When asked by her BBC interviewer about what might happen if her comments hurt some people's feelings, Greer said, "People are hurtful to me all the time. Try being an old woman, for goodness sake. I'm not about walk on eggshells."