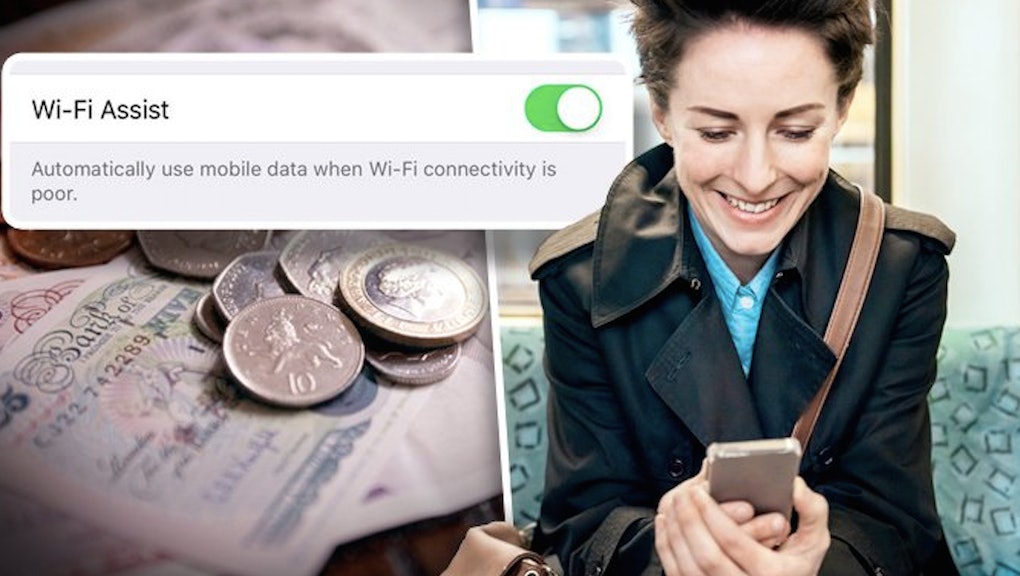 Apple Is Getting Sued Over Its Wi-Fi Assist Feature. This Is What You Should Know

A lawsuit filed Friday claims Apple's Wi-Fi Assist feature in new iPhone 6 and 6s models is draining users' data plans and racking up their monthly fees, according to Fortune. A Florida couple brought the class action lawsuit, totaling at least $5 million, against Apple after Fortune originally reported the Wi-Fi Assist mode could actually cause "massive data bills" by repeatedly switching from Wi-Fi to cell service whenever the connection slips.

Wi-Fi Assist determines the quickest way for an iPhone to retrieve data, whether it be through a Wi-Fi connection or cell service. The function, unveiled during Apple's September keynote event, was criticized by product review sites, including Gizmodo. Many critics said the new feature was responsible for increased data usage.

"I haven't really noticed it in action," Gizmodo's Chris Mills wrote of the Wi-Fi Assist mode. "But it has been showing up in my cell data usage: Since downloading the iOS 9 beta that introduced Wi-Fi Assist, I've used around a third more data a month."

The lawsuit against Apple included a Sept. 28 tweet from TechInsider reporter Alex Heath. "Something is wrong," Heath wrote. "Data usage since upgrading to iOS 9 is off the charts. Snapchat: 20GB. Instagram: 16GB. Facebook: 10GB. Tweetbot: 47GB."

Apple explained the reason why some users may experience increased data charges because of Wi-Fi Assist in a post on its support page. "Because you'll stay connected to the Internet over cellular when you have a poor Wi-Fi connection, you might use more cellular data," Apple writes." For most users, this should only be a small percentage higher than previous usage."

While some users have complained about additional charges from such services, others are hailing Apple's attempt to remain ahead of the curve by implementing the functionality in its new phones. The Guardian praised Wi-Fi Assist as one of the new iPhones' greatest features because it allows for seamless transitioning from Wi-Fi to cell service, so long as you have enough data to cover the extra usage.

Some Apple customers with limited plans will want to make sure their plans aren't near exhaustion when using Wi-Fi Assist. Users can simply turn off the mode by entering their phones' "cellular" settings and switching off the Wi-Fi Assist feature.