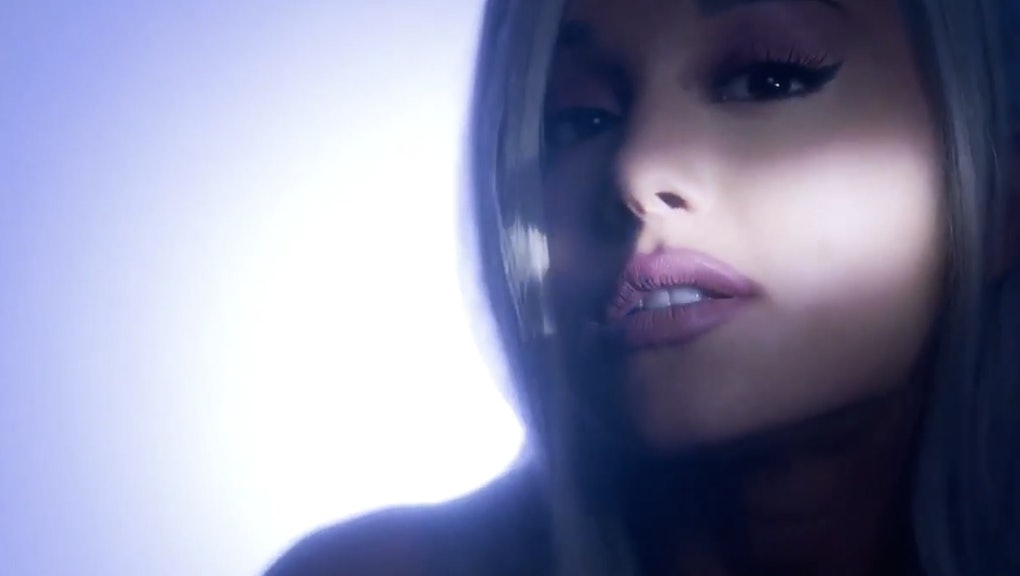 "One, two, three, come on, girls," Ariana Grande says in a teaser for her upcoming single "Focus." The 22-year-old artist released the teaser on social media Sunday, five days before the song becomes available on iTunes and music streaming services like Spotify and Tidal.

Grande posted a 15-second clip of the trumpet and horn-filled intro on Twitter and Instagram, along with the caption "#5DaysTilFocus."

The video clip appears to be from an accompanying music video and features a closeup shot of Grande seductively looking into the camera. The "Problem" singer sports platinum hair, which strays far from her famous brunette locks. The clip ends with the words "Focus Oct. 30... or the 29th at midnight :)."

Grande has been counting down the days  on social media until her latest single is released, as well as promoting her "Honeymoon Tour," the singer's first international tour. "Focus" is off Grande's latest album, Moonlight, with a possible release during the remaining days in October, although the exact date remains unconfirmed.