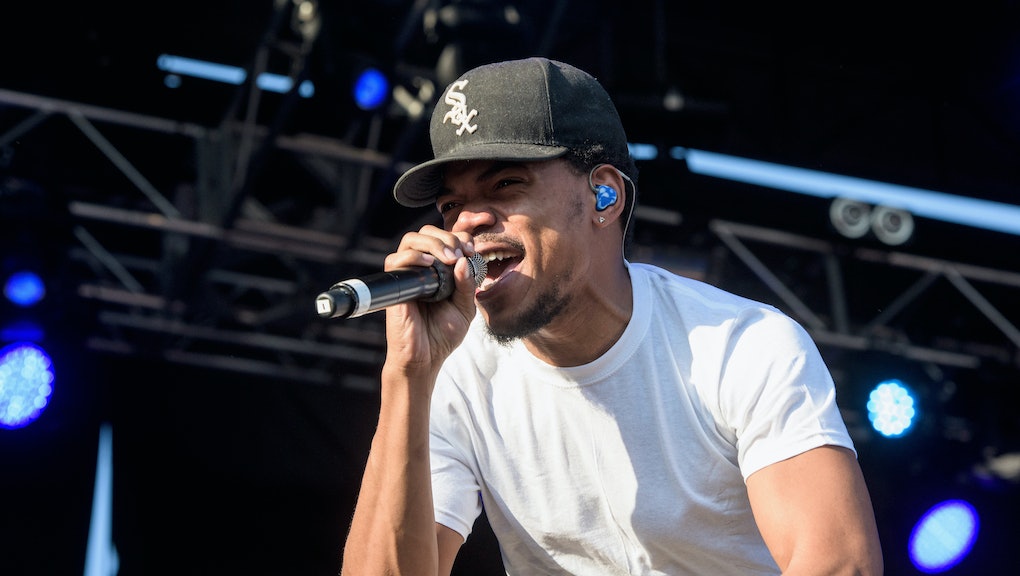 After performing a critically-acclaimed show to an audience including Jay-Z, Beyonce and Usher at the New York City leg of his Family Matters tour on Sunday, "Cocoa Butter Kisses" artist Chance the Rapper will debut his latest single on Monday's episode of The Late Show With Stephen Colbert on his last stop in New York. Colbert hinted on Oct. 24 that the two may have collaborated on the track.

Chance the Rapper, whose real name is Chancellor Bennett, tweeted on Monday that he plans to premiere the new single, whose title is unknown, on Monday night's episode at 11:35 p.m. Eastern. In a later tweet, the rapper teased, "Tonight is the night."

To intensify the hype, Colbert hinted at a possible musical collaboration with the artist on Oct. 24

In May, Chance the Rapper released Surf, a highly anticipated project led by trumpeter Donnie Trumpet and his band the Social Experiment, for free download on iTunes. Though it's not technically Chance the Rapper's album, Surf boasts his distinctively lush raps throughout, especially on the track "Sunday Candy," a feel-good, trumpet-filled song about his grandmother. The 16-track album features the likes of Busta Rhymes, Janelle Monáe, J. Cole, Big Sean and Erykah Badu.