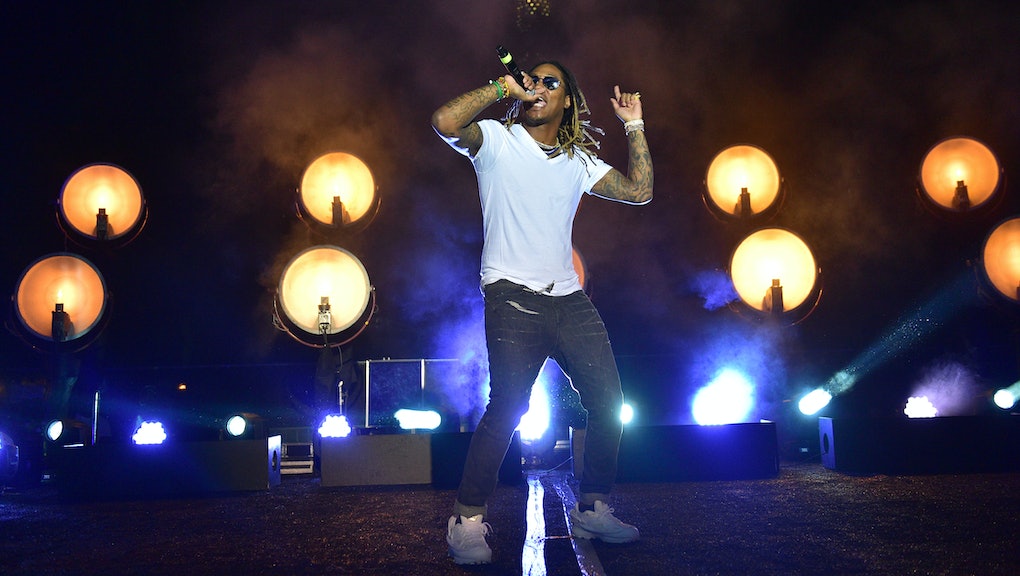 Future simply won't stop churning out hits. The artist shared on social media Sunday night he may be "blessing the streets" with his a sequel to Monster, uploading a picture on Instagram of himself along with the caption, "Monster 2."

If a Monster 2 mixtape is arriving shortly, it would make sense for the artist to release it this week. Future released Monster one year ago from Wednesday, on Oct. 28, 2014.

Fans of the Atlanta rapper expressed their excitement on Twitter for the potential surprise mixtape's release as the news began to circulate Monday:

The surprise teasing of a possible sequel to Monster follows reports of yet another sequel the rapper may be working on with producer Zaytoven, who worked with Future on his 2015 project, Beast Mode. However, both sequels remain unconfirmed by the rapper or his label, Freebandz.

However, the year isn't over just yet, and Future seems to have further releases up his sleeve. Future has already released five separate projects in just one year, from his and Drake's What A Time To Be Alive mixtape to his breakout project of the year, "Monster," which features songs like "Throw Away" and the Billboard Hot 100 hit "Commas."

Future seems to have a knack for sequels: Dirty Sprite 2, the artist's follow up to his 2011 Dirty Sprite and his first No. 1 album, was released in July with over 147,000 copies sold in its first week.