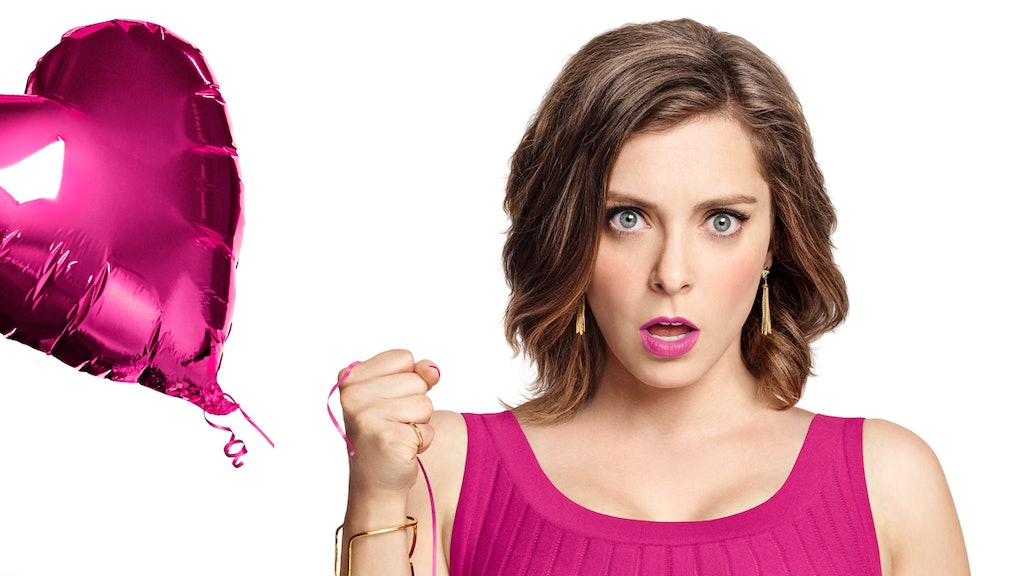 Crazy Ex-Girlfriend, the CW's new musical dramedy, has a seemingly problematic title. In 2015, to have a series where even in the title, a woman is labeled crazy, is reductive and crass. After the first three episodes, however two things are clear.

First, the show is improbably good. Much of that is thanks to Rachel Bloom, the star and creator behind Crazy Ex-Girlfriend. Her concept is great: a musical about a woman who is dissatisfied with her own life and impulsively moves from New York to West Covina, California, after she finds out her ex-boyfriend is also moving there. The execution is even better — instead of using that premise to make hackneyed jokes, the show explores protagonist Rebecca Bunch's decision-making and personal anxieties with nuance and empathy.

Rebecca Bunch is a deeply flawed person and a beautifully sculpted character. She's neurotic, selfish and obsessive. Her actions are often destructive, be it disrupting the lives of her ex-boyfriend Josh (Vincent Rodriguez III) and his girlfriend Valencia (Gabrielle Ruiz) or taking her friend Paula (Donna Lynne Champlin) for granted.

In spite of all this, however, it's easy to root for her. That's because all those flaws make her human — and extremely relatable. Getting inside her head through musical numbers reveals what she thinks are her worst traits.

For example, listen to the song "Good at Yoga" from the second episode, in which Rebecca imagines being dissed by Valencia in her yoga class. It's not a good song, almost gratingly atonal, but it's not meant to be. It's meant to drive the listener as mad as Rebecca's own feelings do to her.

"Greet each day, namaste/ Screw you/ You're fat," she sings. Valencia is a conduit for Rebecca's own insecurities. The show is daring enough to write and record a bad song for the purposes of telling the story through music. That makes it far more of a musical than Glee or Smash ever were.

Not all of the songs are bad — most are quite the opposite. In Monday's episode, the third of the run, a group of Josh clones sing the incredibly catchy and beautifully performed "A Boy Band Made Up of Four Joshes" to fulfill Rebecca's greatest fantasy. Elsewhere in the episode, Rebecca sings a duet with her younger self in which both of her egos desperately, nervously insist, "I have friends/ I definitely have friends."

"I Have Friends" is a panicked response to Rebecca's own anxieties about throwing a party. Her father walked out on her family when she was a preteen — at the only party Rebecca ever threw. It's no wonder she's terrified of the idea. Yet with the help of her real friends, Josh and Paula, the party works out. In another show, it could be a clichéd story. Here, it's used to mine the rich inner life of a complex woman.

She's surrounded by similarly flawed people,too. Josh is a decent guy who falls prey to bouts of being a jerk every once in a while. Paula is searching for someone to fill a void in her life. Alternate romantic interest Greg (Santino Fontana) is a funny guy but can't seem to connect with people on a genuine level. This world's West Covina is full of humans, making for a fascinating tableau.

So why is the series called Crazy Ex-Girlfriend? Isn't a title that uses ableist language just going to turn the audience away before they can see how great it is?

Bloom took the question on in an interview with Vulture, saying the key is in the lack of possession. "People started to call the show My Crazy Ex-Girlfriend, and I'm like, 'No, no, no, that's not the show,'" she told Vulture. "This is not a man saying, 'Oh, my crazy bitch ex, she's so fucking crazy.' ... That's not what this is at all. This is how one comes to embody feeling crazy. And the idea that love and infatuation and feeling happy take away the power of your own mind from you."

For Bloom, the key to the show is that it's always from a woman's perspective. It's not dismissive of mentally ill or disabled people — it's just about feeling crazy. It's something that the show's partially animated title sequence tackles head on. The cartoons around her call Rebecca the crazy ex-girlfriend. Rebecca fights back.

"That's a sexist term," she protests. "The situation is a lot more nuanced than that." Taken in the greater context, Rebecca is both giving voice and responding to the title's critics. The assumption that "crazy ex-girlfriend" must be a derogatory term isn't incorrect. Yet, the show is approaching it with great nuance.

Staying good will be Crazy Ex-Girlfriend's greatest challenge. Filling the cast with deeply flawed characters comes with great risk that audiences won't become invested. What won't be hard, however, is maintaining its status as one of the most feminist shows on television. With Bloom and co-creator/The Devil Wears Prada screenwriter Aline Brosh McKenna at the helm, Crazy Ex-Girlfriend is in good hands. Exploring what it's like to be inside the mind of a woman in both love and denial won't always be pretty. But it'll always be honest.

Crazy Ex-Girlfriend airs Mondays at 8 p.m. ET on the CW. Full episodes are available on Hulu.