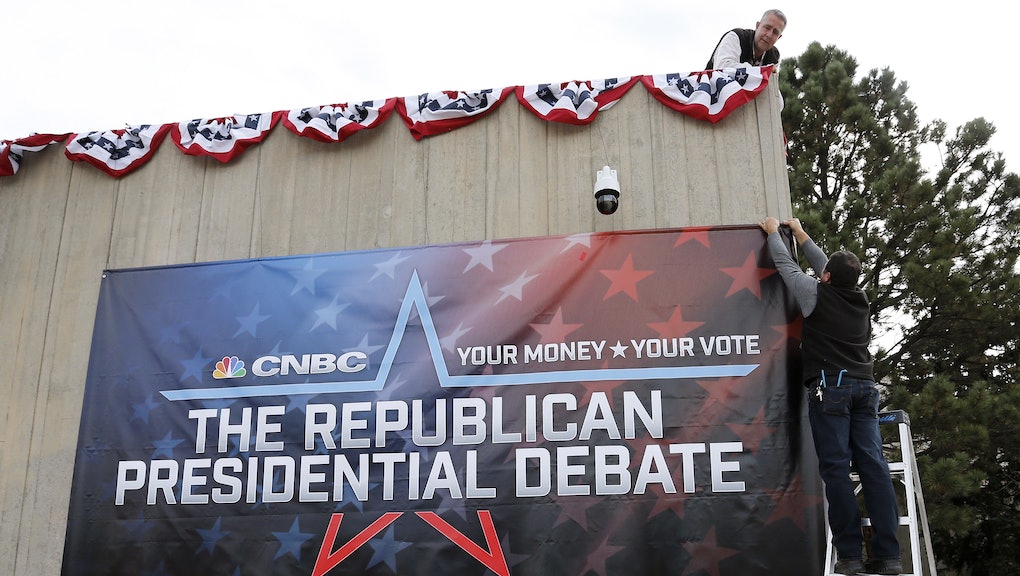 Wednesday marks the third Republican debate of the 2015-2016 presidential election season. CNBC will host this event, which will take place at the University of Colorado in Boulder.

Following Wednesday's debate, the Republican candidates will gather for eight more debates in the lead up to the election as they vie to win voters' favor. Here's the remaining Republican debate schedule for 2015 and 2016:

The Republican debate dates are:

3. An unscheduled date in January, hosted by Fox in Iowa

7. An unscheduled date in March, hosted by Fox

The debate on Wednesday will have a hard stop after two hours' time following a strongly-worded letter Trump and Carson penned to CNBC in mid-October, in which the candidates demanded they be allotted time for opening and closing remarks and that the debate not surpass a running time of two hours. Facing the withdrawal of the Republican party's two top-polling candidates, it didn't take long before CNBC agreed.