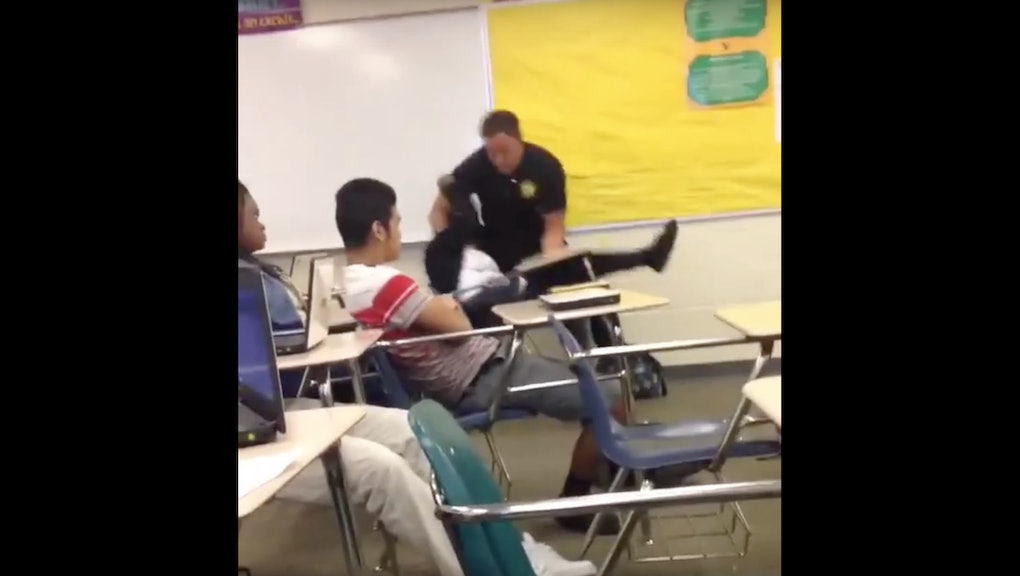 A video first reported by WIS-TV in South Carolina shows what appears to be a school resource officer violently subduing a young black female student at Spring Valley High School in the state capital of Columbia.

The video shows the officer throwing the student's chair over with the student still on it, flinging them to the floor. The officer then drags the student to the front of the room. Richland County Sheriff Leon Lott told WIS-TV the student had refused to leave the classroom of her own free will and "was told she was under arrest for disturbing school and given instructions which she again refused. The video then shows the student resisting and being arrested."

In a statement to local station WLTX 19, school officials confirmed the veracity of the video and said the incident was "under investigation."

A group of local parents calling themselves the Richland Two Black Parents Association issued a statement to WIS-TV saying they had grown used to disappointment with the school district.

"Parents are heartbroken as this is just another example of the intolerance that continues to be of issue in Richland School District Two particularly with families and children of color," they wrote. "As we have stated in the past, we stand ready to work in collaboration to address these horrible acts of violence and inequities among our children."

No one was available at Spring Valley High School when called by Mic. The Richland County Sheriff's Department declined to comment.