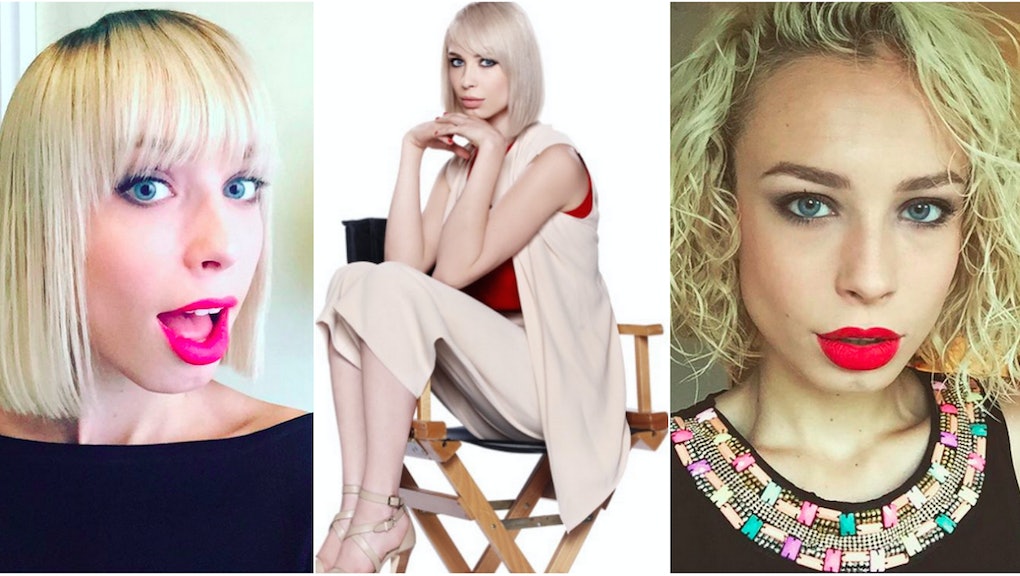 On Monday, a 20-year-old contestant on Holland's Next Top Model became the first transgender woman to win in the global franchise's history.

Lamers previously worked as a makeup artist and hairdresser, according to her profile on the show's website. Lamers' win in the Dutch spinoff of America's Next Top Model marks a historic moment signaling a greater visibility and acceptance of transgender people on TV and in fashion.

We bet that Tyra Banks, the founder of America's Next Top Model, would be proud of how Lamers smized her way to the top. Just look at her selfie game on Instagram.

Lamers competed alongside 12 other contestants in the eighth cycle of the competition in Holland. According to reports from Dutch websites, Lamers revealed she is transgender midway through the competition. She had undergone sex reassignment surgery years before and did not want it to be a factor in the competition, according to Gay Star News.

It's not the first time the Top Model franchise has opened doors to transgender contestants, with mixed results. Back in 2006, Banks conducted a segment she dubbed "America's Top Transexual Model," the intention of which might have been noble, but tone and language of which seem jarring nine years later. But by 2008, Isis King became the first openly transgender model to compete in the franchise, entering the 11th cycle of America's Next Top Model after shining in cycle 10 as a background model in a shoot focused on homelessness.

While there were critics, including past contestant Kim Stolz, who accused Top Model of exploiting King, she has enjoyed post-show success and was well-received by fans.

Now, she's just one of the several names of trans models who are making a mark in fashion, from Andreja Pejic to Hari Nef. They're getting cast for runway shows and ads, but also using their voices to highlight the inequalities and prejudices that persist for trans people in and outside the modeling world, from being oversexualized to being tokenized.

Like King, Lamers has a newfound opportunity to bring awareness to issues affecting the transgender community. She might be a model, but she also has a voice.