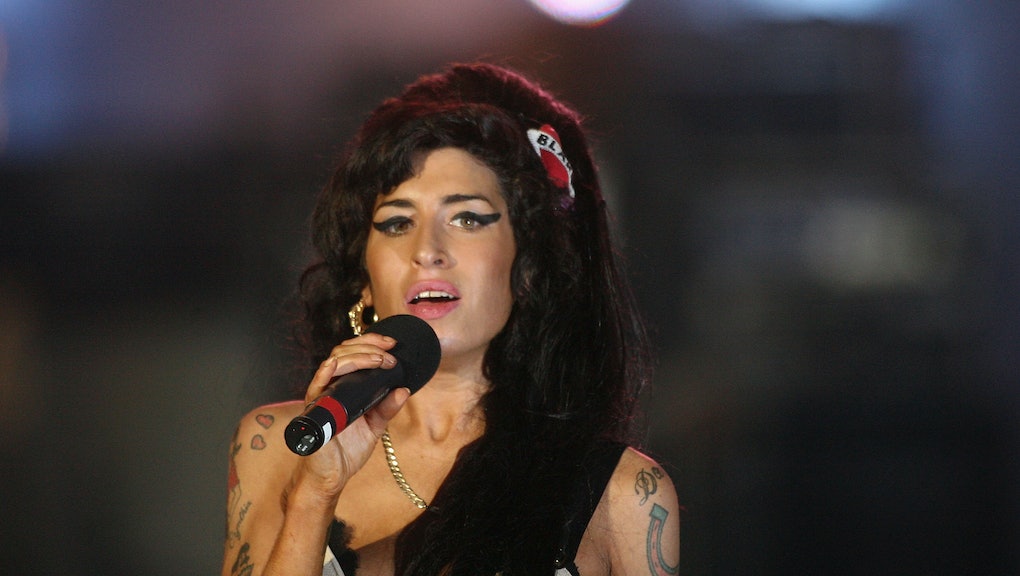 Amy, the critically acclaimed documentary honoring the legendary late soul singer Amy Winehouse, was released in July and featured a collection of live recordings and rare music from the British artist.

Those 23 songs, including her duet with Tony Bennett, a demo featuring rapper Nas and original music from composer Antônio Pinto, who wrote the score for Amy, will be released on Friday through Island Records as an accompanying soundtrack to the film.

This is Winehouse's second posthumous album. Lioness: Hidden Treasures, released in 2011, included 12 unreleased recordings from the jazz vocalist, some of which the Guardian's Alexis Petridis wrote in his three-star review "would probably never have seen the light of day had the artist lived." The album earned mediocre ratings from some critics.

"Lioness is a collection of odds-and-sods cobbled together over the course of nine years of recordings to create something that kinda-sorta feels like an album," Pitchfork's Andrew Ryce wrote in his review.

"It's hard not to believe that Winehouse died with her best work in front of her," Rolling Stone's Judy Rosen wrote of the album. "We'll never hear those records, and the silence is deafening."

Watch the Amy full trailer below: