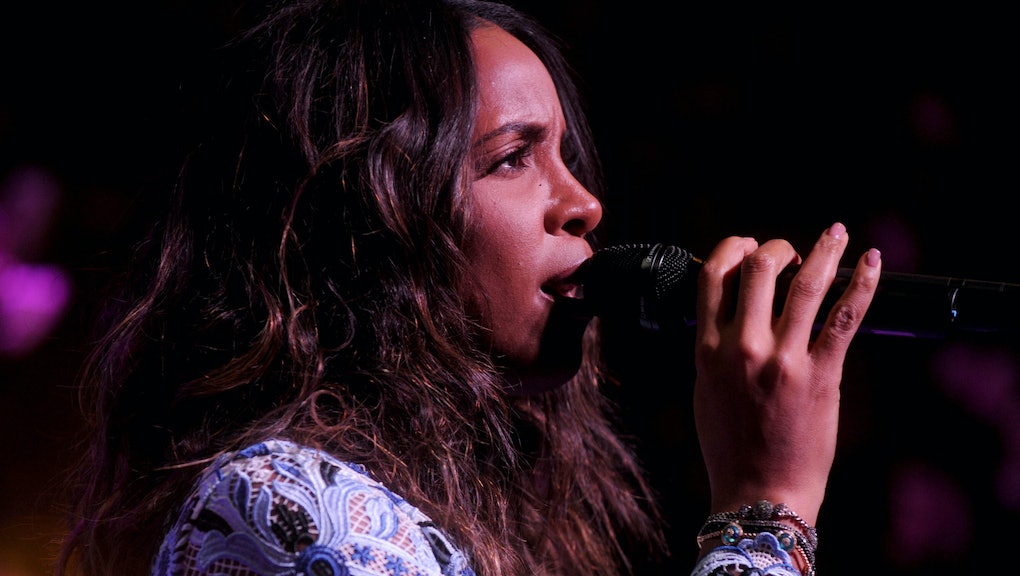 Kelly Rowland Releases "Dumb," Her First Single Since 2013. Here's How to Stream It Online

Fans of Kelly Rowland wouldn't have any idea the 34-year-old singer released her first new single in two years on Monday night, but it's not because they're not paying attention. The artist dropped a secret, fiery new track without any prior promotion, not even so much as a tweet. The single, titled "Dumb," is Rowland's first since 2013, when the former member of Destiny's Child released Talk A Good Game, her fourth and last album.

"Dumb" is an absolute club anthem, with a catchy hook and some tight rap verses provided by the "Kisses Down Low" artist. Although the song isn't yet available via Apple, Spotify or Tidal, the song is streaming for free via SoundCloud:

The singer has been nearly absent from the public eye after giving birth to her son, Titan, but has been slowly returning to the spotlight, guest starring in Fox's hit show Empire. Rowland is also gearing up to judge BET's new show Chasing Destiny, a reality TV competition show aiming to find the next star of the music industry, Radio reports.

Fans of the artist shared their excitement for the surprise release of "Dumb" on social media: