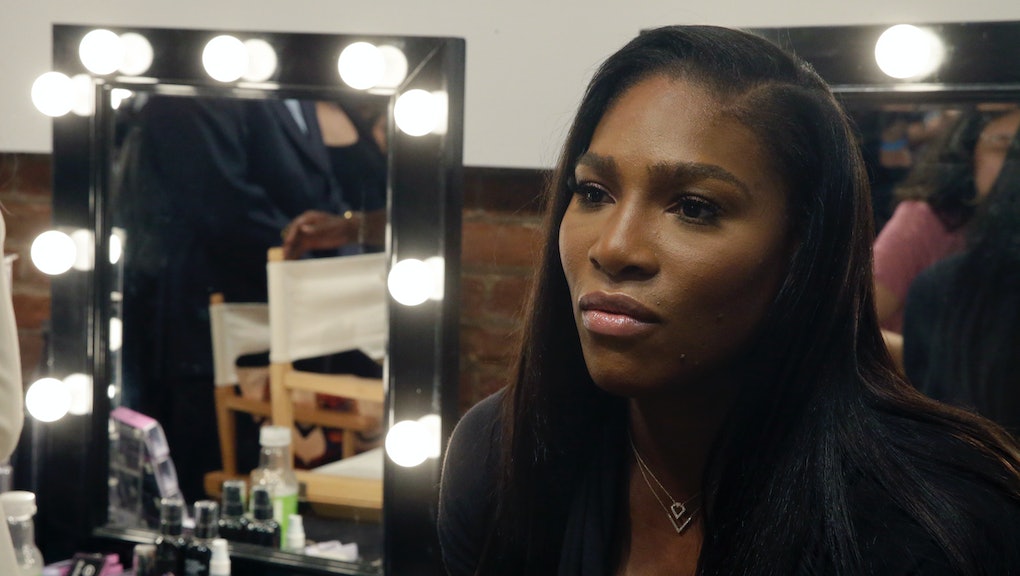 As the guest editor for Wired magazine's November issue, tennis star Serena Williams highlighted a concerning similarity between the sport and Silicon Valley, the center of the United States' start-up and technology cultures — both lack diversity. The difference, she said, is that Silicon Valley has the opportunity to learn from the mistakes of the past.

"I'm a black woman, and I am in a sport that wasn't really meant for black people," Williams wrote for the cover story, "The Ball Is in Your Court," in an issue that focuses on diversity and equality. "And while tennis isn't really about the future, Silicon Valley sure is."

Williams goes on to write about the importance of more diversity in tech, a world that's historically, predominantly white and male. "In the NFL, they have something called the Rooney Rule," Williams wrote. "It says that teams have to interview minority candidates for senior jobs. It's a rule that companies in Silicon Valley are starting to follow too, and that's great. But we need to see more women and people of different colors and nationalities in tech. That's the reason I wanted to do this issue with Wired."

Williams' story underscores nine other "trailblazers" who are stalwarts in the fights for gender and race equity. Williams is featured among the likes of mixed martial arts champion Ronda Rousey, hip-hop artist Common and Black Girls Code founder Kimberly Bryant.

"I want young people to look at the trailblazers we've assembled below and be inspired," Williams wrote. "I hope they eventually become trailblazers themselves. Together we can change the future."

Williams also encouraged Black Lives Matter, the U.S. movement fighting injustice against black Americans, particularly in policing. "So to those of you involved in equality movements like Black Lives Matter, I say this: Keep it up," Williams wrote for Wired. "Don't let those trolls stop you."

Williams has long been a powerful voice for the black community and women alike. In a September interview with Good Morning America, Williams shared the empowering way she deals with body-shamers. "I learned to love me," she told host Robin Roberts. "I've been like this my whole life, and I embrace me and I love how I look. I love that I am a full woman, and I'm strong and I'm powerful and I'm beautiful at the same time. And there's nothing wrong with that."