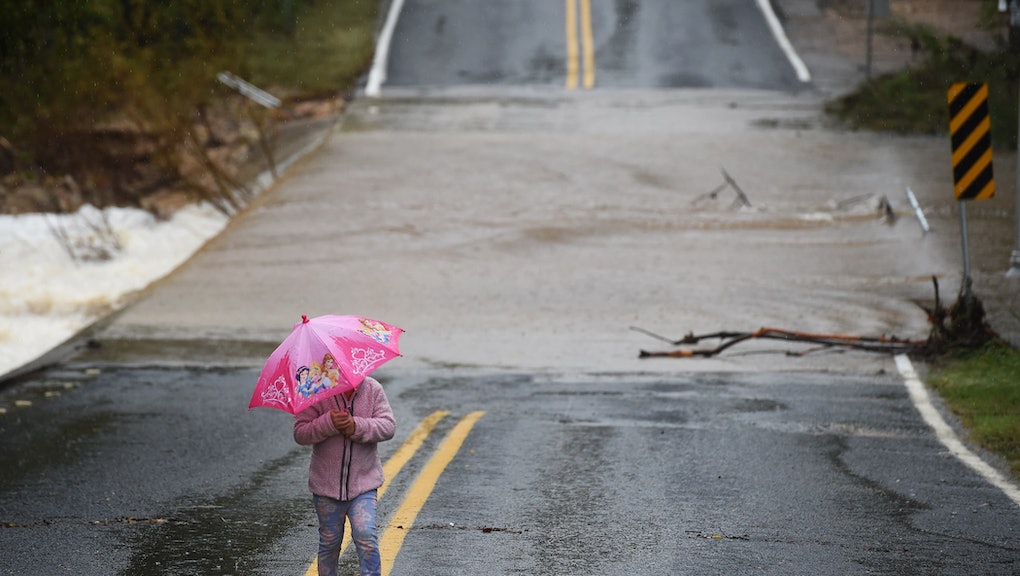 The eastern part of the United States is bracing for a major storm to strike Wednesday, potentially bringing flooding and power loss to over a dozen states. Heavy rain and wind will impact portions of Texas, New Mexico, Tennessee, Louisiana, Mississippi and several other states in the surrounding area throughout the weekend, as forecasters are predicting severe, wet conditions, the Weather Channel reports.

The Weather Channel lead meteorologist Kevin Roth told NBC Wednesday the storm could cause damage in the midwest and the northeast with its 60 mph storm winds. "There will be some gusty winds and these could certainly be enough to topple trees and cause power outages, this system is a big, sprawling storm system that's going to be very wet and windy," he said."

On top of heavy rainfall covering the region — particularly Texas and Oklahoma — throughout the weekend, forecasters also predict scattered thunderstorms will bring additional showers and increase the threat of extensive damage. "Many of these areas are still recovering from last week's rainfall, so it could cause more problems," Roth told NBC.

The eastern U.S. was impacted by consistent rainfall last week, as one part of Texas was soaked with over 20 inches of rain, according to the Weather Channel. However, it appears unlikely the area will be hit with the same amount of severe flooding as it was last week, as forecasters note the weather patterns creating the storm won't maintain their strength as long as last week's storm.