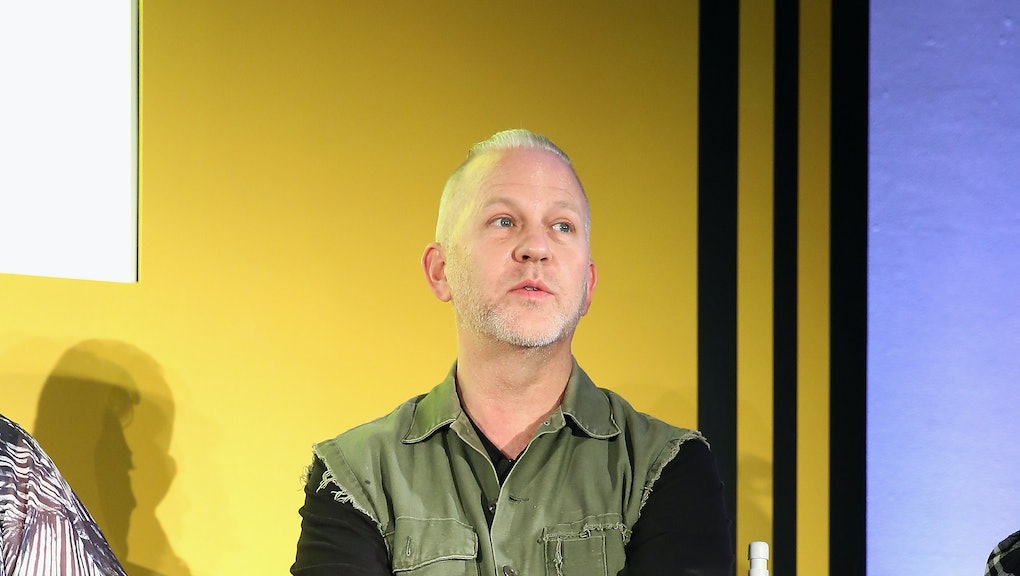 Ryan Murphy is a gifted entertainer with a taste for the outrageous. He is one of the only showrunners working in television who can generate interest in a project on his name alone, up there with Empire's Lee Daniels and Scandal's Shonda Rhimes. He has three different projects either in development or on the air currently, and a fourth, Glee, wrapped earlier this year.

Each of Murphy's projects is notorious for pushing boundaries, be they social (Glee) or sexual (American Horror Story). This record, for some part, sticks Murphy in a box. He knows this. "People think I'm just sort of this P.T. Barnum, razzle-dazzle guy," he said in a profile in the Hollywood Reporter. "They think I go out of my way to be outlandish and theatrical at the expense of having emotions."

Yet that reputation also insulates him from much criticism. Murphy pushes boundaries; often, that requires provocation beyond the point of taste. That doesn't excuse his abhorrent record on race, however. In both representations of nonwhite characters and including diverse voices behind the camera, Murphy fails.

"That obese specimen of human filth scrubbing bulimia vomit out of the carpet is Ms. Bean," Chanel says. "I call her white mammy because she's essentially a house slave." She then forces Ms. Bean to say "I don't know nothing 'bout birthing no babies," in reference to the Gone With the Wind line.

The rest of the show is not much better. The one black sorority sister, Zayday (Keke Palmer), is treated horribly by Chanel and her cohort, with the sorority president even making a show of having to use a nonblack Sharpie when writing on Zayday's body. Yet because the show is "satirical," as Murphy called it at the Television Critics Association panel in August, this treatment is meant to be taken non-seriously. Murphy and his co-writers don't actually believe any of these things, and Chanel is portrayed as a terrible person. So it's supposed to be fine.

Having hatable characters spew bile isn't a new tool for Murphy. Whether it's Ellen Barkin's racist grandmother character on NBC's short-lived The New Normal, or Jane Lynch's outrageous cartoon Sue Sylvester in Glee, he is fond of having his villains, as Scream Queens star Jamie Lee Curtis said at the TCA panel, "say what people think."

The problem with this, as the Washington Post's Alyssa Rosenberg noted in September, is that Murphy doesn't make these characters villains. He redeems them without apology. "His true sympathy is with his vicious sorority girls, his homophobic mothers, his tyrannical cheerleading coaches and the campy, brazen, often deeply unhappy women at the heart of his shows," she wrote.

Sue, for example, was a racist and homophobic caricature who said increasingly outlandish things. Taken as a cartoon, she was tough to swallow, but understandable as unrealistic. Then audiences learned her backstory: She deeply loved and took care of a sister living with Down syndrome. It was compelling material, well-acted by Lynch. It did not, however, absolve the character's worst attributes. Playing up sympathy for Sue without actually changing her behaviors made her not a cartoon, just a wildly inconsistent, racist character.

So it's difficult to believe that Chanel will be held accountable for her racism. Instead, audiences will learn about her difficult past and why she is the way she is. She'll keep being racist, but at least we'll understand why.

Even Murphy's heroes tend to have racist moments. Think of Glee, which, as Complex noted, featured protagonist Rachel Berry (Lea Michele) shouting at a Filipino student in the third season premiere. She wasn't raising her voice out of anger, but out of the expectation that, because the student wasn't from the United States, she couldn't speak English. So Rachel shouting, still in English, was totally the answer.

What's the joke there? Is the culture clash supposed to be funny? Is the joke to be made of the oblivious Rachel? Because if it's the latter, remember that this is the same girl who, by the end of Glee's story, has all her Broadway dreams come true, with scores of friends supporting her. Again, Murphy turns away from making a flawed character have to face those flaws, instead sanctifying her.

On the third season of American Horror Story, subtitled Coven, Murphy tackled race head-on. Unfortunately, much of that was in stereotypical fashion, with black characters defined by their blackness in crass ways. At one point, a black character (Queenie, played by Gabourey Sidibe) educates a racist woman (Kathy Bates' Delphine) who killed dozens of her slaves by showing her the miniseries Roots.

It's a decent joke, but it's a joke made about mass murder of slaves being solved by watching a TV program. It was also written by a non-black person. In fact, there was not one black writer credited on an episode of American Horror Story: Coven, and only one person of color: co-executive producer James Wong. In fact, Wong was the only writer of color credited on an American Horror Story episode for three full seasons.

Murphy's other shows have a similar lack of scribes of color. Scream Queens has yet to be written by anyone but a white man. It took Glee over two seasons to have any nonwhite, non-male credited writers. If Murphy wants to write about race, he'd be wise to include the voices of those who have experience and knowledge. As is becoming increasingly obvious, characters of color are often best understood by creators of color.

We are nowhere near the end of peak Murphy. His series American Crime Story: The People vs. O.J. Simpson starts in February on FX. That's a charged story with lots of potential issues with representation. Is Murphy able to handle it with grace, to open his ears to people of color? Hopefully so.

Murphy has a responsibility to do better, and critics and audiences alike have a responsibility to call him out. Giggling over the outsized racism gives him validation that he's doing right. Luckily, it looks like viewers are already tiring of it: Scream Queens is one of Murphy's lowest-rated series ever. That hasn't stopped Fox from getting interested in season two, of course. They need to keep Murphy around.

Murphy should be able to push boundaries and engage in the excesses he loves. Audiences love him for that. Yet he can do all that without adding a gross and unnecessary veneer of racism to the top. If he hires more writers of color and starts crafting smarter plots, he may be able to do that. For now, though, the time for giving him a pass on race is over.