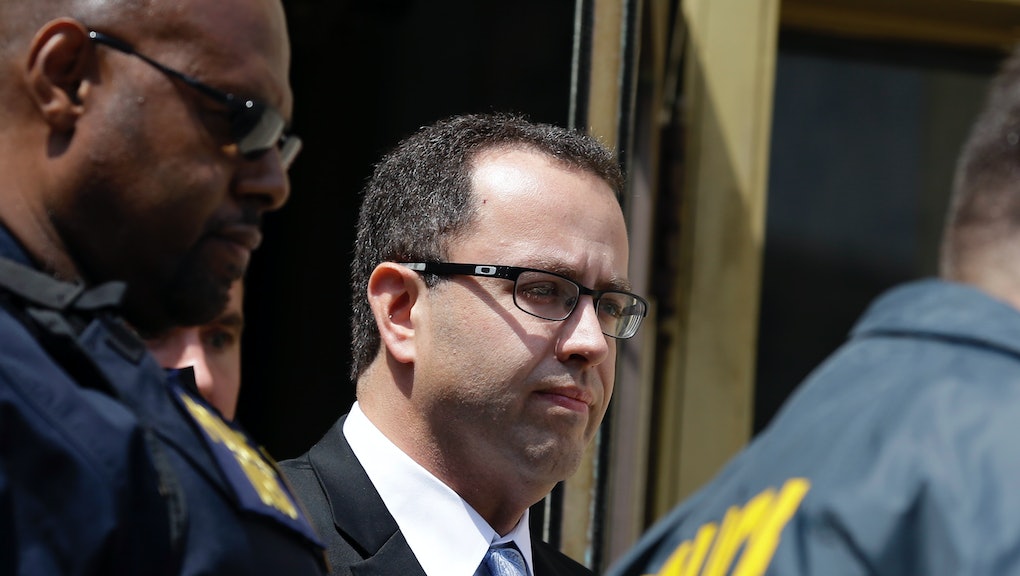 Just when you thought you were done with Jared Fogle.

Audio recording of the disgraced Subway spokesman have emerged which show Fogle bragging about his sexual exploits with children. The conversations took place with Florida journalist and radio host Rochelle Herman-Walrond, who worked with the federal government for more than four years, posing as Fogle's friend in order to bring him down.

In the recordings, Fogle talks about how he was interested in males and females of all ages.

"I had a little boy. It was amazing," said Fogle, the New York Post reported. "It just felt so good. I mean, it felt — it felt so good."

In another part of the recording, the 38-year-old Fogle even asked Herman-Walrond about her own children, and whether they or their friends might be willing participants. "What if we put a camera in your kids' room, would they be OK with that?" he said, according to the New York Post.

The recordings, as well as an interview with Herman-Walrond, will air on Dr. Phil on Thursday and Friday.

Earlier this year, Fogle faced indictment on two charges of possession of child pornography, with documents showing that he flew to New York City to engage in sex with a minor. In August, news broke that the sandwich spokesman intended to plead guilty to the charges on a promise that the federal government would not seek more than 12 1/2 years of jail, and Fogle would accept no less than five.