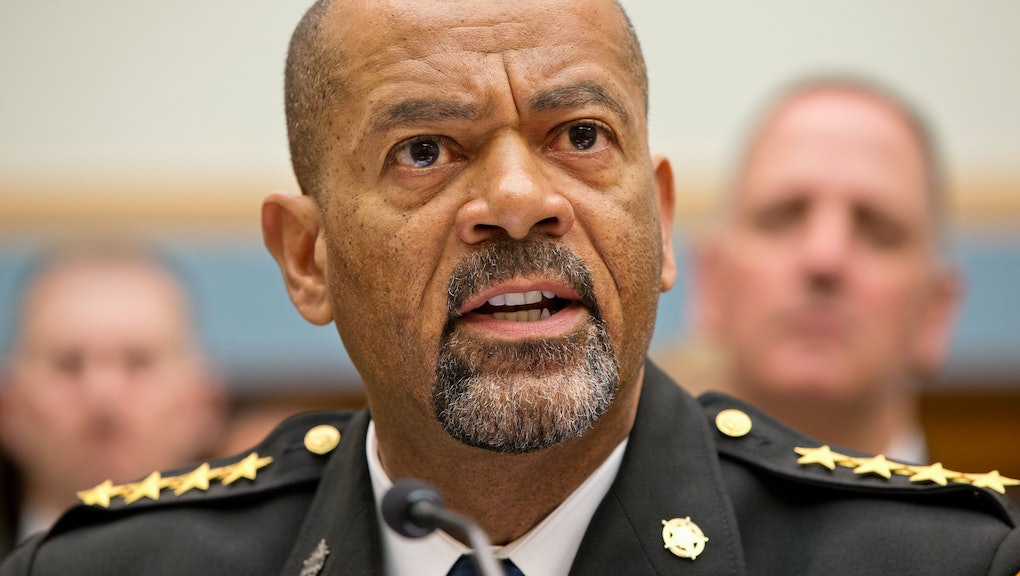 In a tweet posted Tuesday evening, the notoriously outspoken lawman predicted an alliance between the two entities — one he backed up by claiming he'd been "right on every call" he's made about "these subversives."

For context, the Islamic State group is an extremist organization known for posting videos of its members beheading journalists, drowning prisoners in cages and throwing gay people off roofs to their death. #BlackLivesMatter is a nonviolent protest movement aimed at ending racial inequality in the United States.

Clarke, who is black, has been elected to the Milwaukee County Sheriff's Office four times as a Democrat since November 2002, after having first been appointed in March of that year. But his public persona is conservative, as indicated by a Facebook page that lauds Donald Trump, jokes about President Barack Obama being deported and trumpets a staunchly anti-#BlackLivesMatter agenda, claiming, "There is no police brutality in America. We ended that back in the '60s."

Clarke once suggested police stop protecting #BlackLivesMatter protesters at rallies so "law-abiding" citizens can "clash" with them unencumbered. But his public stances are complicated both by his position as a law enforcement official — tasked with protecting and serving all citizens — and his holding office in a county known for its racial inequality.

A local epidemic: Wisconsin incarcerates black men at higher rates than any other state: 12.8%, almost double the nationwide average of 6.7% for black men. But according to a 2013 report from University of Wisconsin-Milwaukee, the situation in Milwaukee County — where Clarke presides over the jail system — has reached "epidemic levels."

More than half of all black men in Milwaukee County in their 30s, and half in their early 40s, have been incarcerated in state correctional facilities. In early 2012, the state was spending more than half a million dollars a day to lock up black men from Milwaukee County. About one-third of black men locked up since 1990 in Wisconsin showed only nonviolent offenses, the report says.

Clarke has also referred to demonstrators who oppose these disparities as "subhuman creeps." The sheriff's office told Mic he was not available for comment Wednesday.