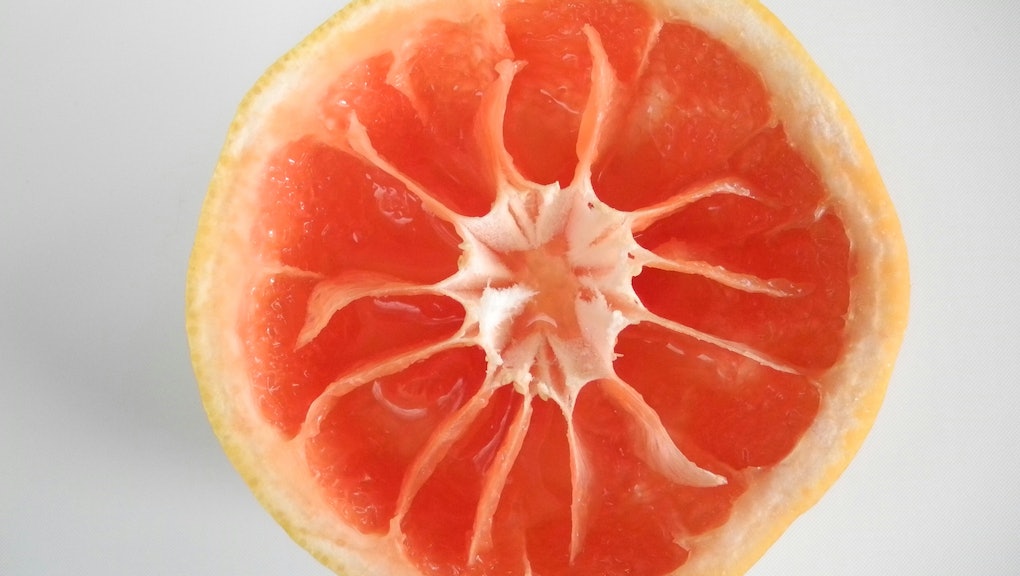 The New York Post published a story Wednesday claiming that more women than ever are getting labiaplasty, a surgery to reduce the size of their labia minora, because they want to "look good in their yoga pants."

"They are keen to avoid so-called 'camel toe' or internal 'twisting' when they're working out at top exercise venues such as SoulCycle, Barry's Bootcamp and the Fhitting Room," reporter Jane Ridley wrote, quoting a 28-year-old model who said she got the surgery because she was self conscious about her labia minora.

The claim that women are getting labiaplasty because they're concerned about how their labia look in tight pants is a bold one.

But statistics show that labiaplasty is indeed on the rise. According to doctors in the United States and abroad, requests for labiaplasty have skyrocketed in recent years, with the Aesthetic Plastic Surgery group citing a 49% rise in demand for the procedure between 2013 and 2014.

There also is some existing evidence that women seeking the surgery are self-conscious about whether their labia are visible in tight pants, such as leggings or yoga pants.

"Lululemon has played a huge role in the increase in labiaplasty in the U.S., at least in New York," Dr. Norman Rowe, a plastic surgeon in New York City, told the Daily Beast in 2014. "I can't tell you how many women come to me worried about how they look at the gym."

But Dr. Pratima Gupta, a San Francisco-based OB-GYN and health advocacy fellow for Physicians for Reproductive Health, takes issue with the idea women would opt for the surgery solely because they want to look better in yoga pants.

"I think it's pretty rare that [women do this] purely to look good in their activewear," Gupta told Mic.

Though she doesn't perform a big number of procedures — she told Mic she does about five per year — Gupta said she has personally "never been asked to do a labiaplasty based on wanting to look better in yoga pants." Indeed, she said most women who request the surgery do it for medical rather than cosmetic reasons.

Most of her patients, Gupta said, come to her with issues related to physical discomfort, citing pain, ulceration and chafing caused by their longer labia. One woman came to her because, as a bicycle messenger, her livelihood depends on her ability to remain comfortable while biking. "She bikes all day every day — to end her day [in discomfort] was affecting her professional and personal life," Gupta said.

Still, there's no denying that pressure to conform to unrealistic beauty standards is also playing a role here. For some women, it's simply all about having a good looking vagina.

In the New York Post article, for instance, the model who had the surgery told her surgeon to "make [her] look like Barbie." Maria, another woman who spoke to the New York Post, said, "when it comes to that part of my body, it's a definite case of 'less is more.'"

This pressure is evident outside of the plastic surgery sphere, too. This past summer, for instance, a male sex toy creator launched the world's first Vagina Beauty Pageant, a worldwide quest to find the woman with the world's "most beautiful vagina." The winner, Nell, had an "ideal" trim, compact vulva. And while she was adamant that the pageant did not perpetuate unrealistic beauty standards, the runners-up of the competition, who all had similarly compact vulvae, cast doubt on that claim.

Whether they're seeking the procedure because they want to ride bikes without discomfort or because they don't want to have camel toe during spin class, women are clearly invested in the appearance of their ladybits. Ultimately, however, Gupta said the rise of labiaplasty isn't just about the quest to have a Barbie-esque vagina. For many women, she said, labiaplasty is simply an extension of their ever-present desire of women (and men, for that matter) to perfect their appearance.

"I do think media and celebrity obsession has put this image in our head that people are never happy with their bodies," Gupta said. "And so they're trying to make small tweaks to make it more pleasing for them or what they perceive it will be for other people."