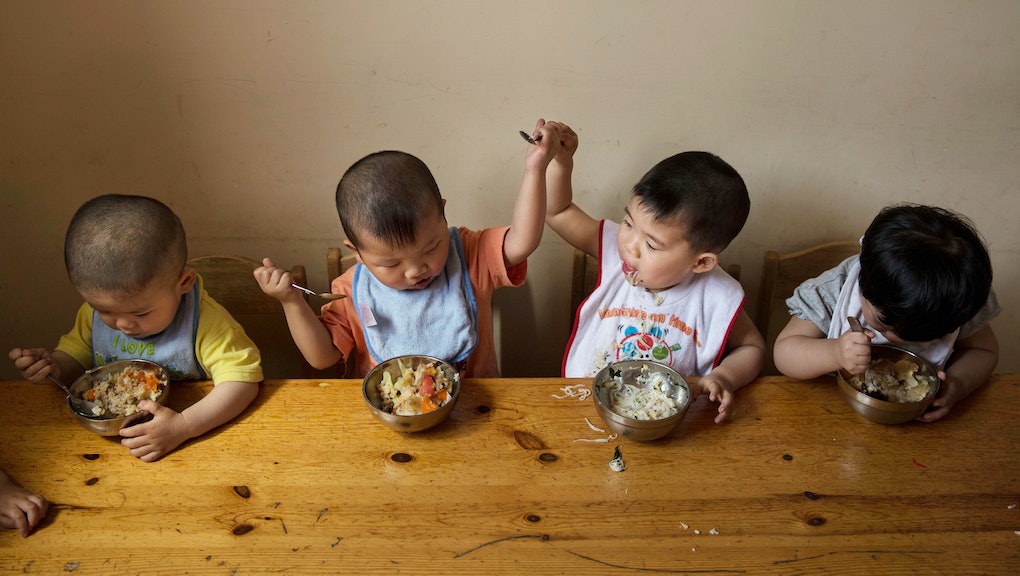 China Just Ended Its One-Child Policy — Here's What That Means

China announced Thursday it would end its controversial "family planning policy," better known to the West as the "one-child policy" that restricted Chinese citizens to one child per couple, the state newswire service Xinhua reported. The country will now allow couples to have two children, though it is unclear if there will be additional restrictions beyond that. The move is the ultimate step in a series of relaxations to the policy in recent years intended to promote a younger labor force.

The one-child policy: The policy was introduced by the country's ruling Communist leaders in 1979 in an effort to curb a population of nearly 1 billion. Like many undeveloped nations, previous eras of Chinese families typically had many children to support agriculture, serve as a hedge against high child mortality and were also useful for China's armies. Under the leadership of the nation's founder, Mao Zedong, who died in 1976, Chinese families were encouraged to have as many children as they could manage.

Chastened by a famine between 1958 and 1962, which killed an estimated 36 million people, leaders after Mao began to fear the implications of China's population. Many were convinced by the ideas of Stanford University professor Paul Ehrlich, whose 1968 book The Population Bomb argued that Earth's population was growing beyond its capacity to feed itself and would eventually result in societal collapse and chaos.

Ehrlich's hypothesis, which dates back to the 18th century writings of the English Rev. Thomas Malthus, has consistently failed to deliver on its grim prediction thanks to a failure to account for the potential of technological advancement.

The problems: Almost since the moment it was introduced, the one-child policy began to have problems. Chinese, accustomed to producing large families, bristled at the new restrictions. Local officials, who were penalized if population growth in their jurisdiction was too high, often resorted to extreme measures like forced abortions to help meet demographic targets.

In other cases, when children were born, they were often seized by force from parents. In 2011, a New York Times exposé documented how family planning officials in remote Chinese communities created a "lucrative black market in children." Often the kids ended up being adopted by unsuspecting Westerners who thought they were paying adoption fees.

The policy was also deadly for Chinese women. With a strong preference for males, particularly in rural areas of the country, female fetuses were frequently aborted and female newborns were killed at birth. As of 2012, the country had at least 40 million bachelors.

To alleviate that problem, a shadow industry of marriage and dating services has proliferated among China's poorer neighboring countries to provide women for Chinese men. Burmese women, for example, can make $3,500, which, according to Pulitzercenter.org exceeds the average Burmese salary, for marrying a Chinese man and providing a child. Women have also been into arrangements against their will, a practice documented in Mara Hvistendahl's book Unnatural Selection: Choosing Boys Over Girls, and the Consequences of a World Full of Men.

The consequences of violating the policy almost always fell harder on China's poor, as wealthier citizens were able to flout the law by paying fines. In 2011, the People's Daily, the official newspaper of the Chinese Communist party, said the one-child policy had prevented 400 million births.

Going forward: China has changed a lot since 1979. Today, it's the largest economy in the world and a number of its residents are expected to outlive their American counterparts. While ending the one-child policy is likely to curb many of the abuses, for ordinary Chinese the days of 10 children are as distant as Colonial America.

Andrew Peng, who works at a large media company in Beijing, told Mic that he doubted the new policy would lead to any major uptick in births. His reason would be strikingly familiar to many an American millennial.

"It's too costly to raise kids now," Peng said.