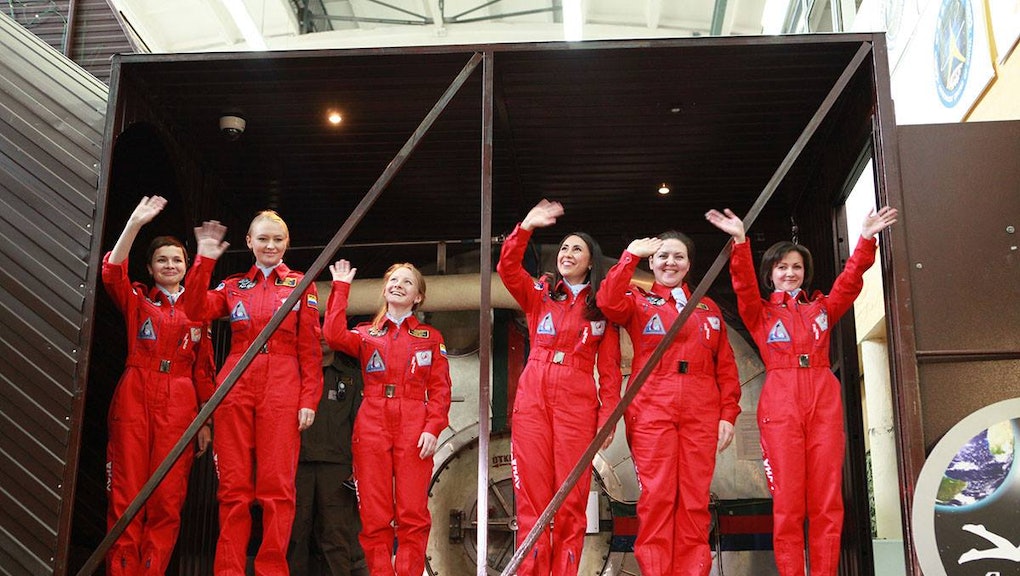 On Wednesday, a team of six Russian female scientists between the ages of 22 and 36 held a press conference to discuss an eight-day simulation experiment requiring them to live together on the International Space Station, Fusion reported.

Rather than substantive questions about the mission — which experiment supervisor Sergei Ponomaryov told Phys.org is "the first" of its kind — the women instead faced queries about how they would survive without makeup or the company of men.

"We are doing work," scientist Anna Kussmaul said, Phys.org reported. "When you're doing your work, you don't think about men and women."

As commendable as their responses were, it's unfortunate that such retorts are necessary — especially since Russian women have had a longstanding presence in the science and technology fields, according to Russian History Blog. A Russian woman, cosmonaut Valentina Tereshkova, was the first woman in space for any country, while Russian women have had a more prominent stake in the history of the country's science and technology industries.

In the United States, the figures are quite the opposite. One 2014 study found that, when presented with equally qualified candidates of both genders, hiring managers in STEM fields were twice as likely to offer the job to the man. According to a Harvard Business Review study published earlier this year, almost half of black and Latina women in STEM have been mistaken for custodial or administrative staff while at work.

Despite facing old-school notions of gender, however, it seems this intrepid team of Russian scientists has solid support. As their experiment supervisor said, "we consider the future of space belongs equally to men and women."

"I'm sure we all have the education, personal qualities and the upbringing," to succeed, she said, according to Phys.org. "So far I can't imagine what would rattle us."