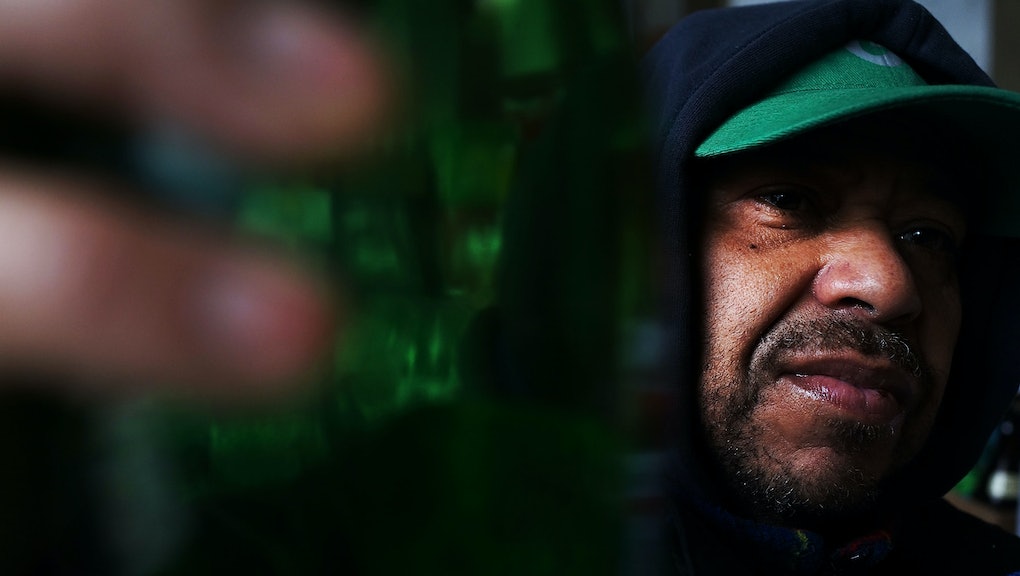 Last June, Copenhagen instituted a new policy designed to lend a helping hand to the city's marginalized residents. Officials placed "deposit shelves" — spots where passersby could place bottles and cans — on garbage bins in various locations across the city. Instead of sifting through piles of garbage with their hands, collectors could now simply pluck the recyclable goods off the side. The program was slated to run through August, after which its performance would be evaluated.

Now, the results are in: The cans were an unmitigated success.

"We've been contacted by Frederiksberg, Aalborg and even Oslo, all of which have asked about our good idea and whether they could do the same there," Morten Kabell, Copenhagen's deputy mayor, told Danish broadcaster DR, according to the Local.

Aside from making life easier for bottle and can collectors, the bins are profitable in and of themselves. According to Danish news site the Local, they've reduced money lost from undeposited bottles and cans by as much as 49%. (As the outlet reported in June, 166 million kroner (roughly $24 million) was left on the table in 2014 due to undeposited bottles and cans.)

Michael Lodberg Olsen, a social entrepreneur who helped spearhead the pilot program, said that the unclaimed money should go back into the hands of the people who need it most. "We want that [money] to go to the marginalized," he told DR, the Local reported.

According to a 2007 report from human rights organization Humanity in Action, most of the city's collectors are "'foreigners' and pensioners," as well as the homeless, though the study's authors noted the latter contingent does not collect "systematically."

As the Huffington Post points out, Denmark puts a relatively high tariff on its bottles and cans — some 15 to 44 cents is added on to the price. But if people return the goods, that money goes right back into their pocket. In the United States, that tariff is closer to between two and 15 cents.

Garbage cans like those dotting Copenhagen are a relatively simple, yet ingenious, way to make life easier for marginalized groups. Other cities could take a page out of the same book.