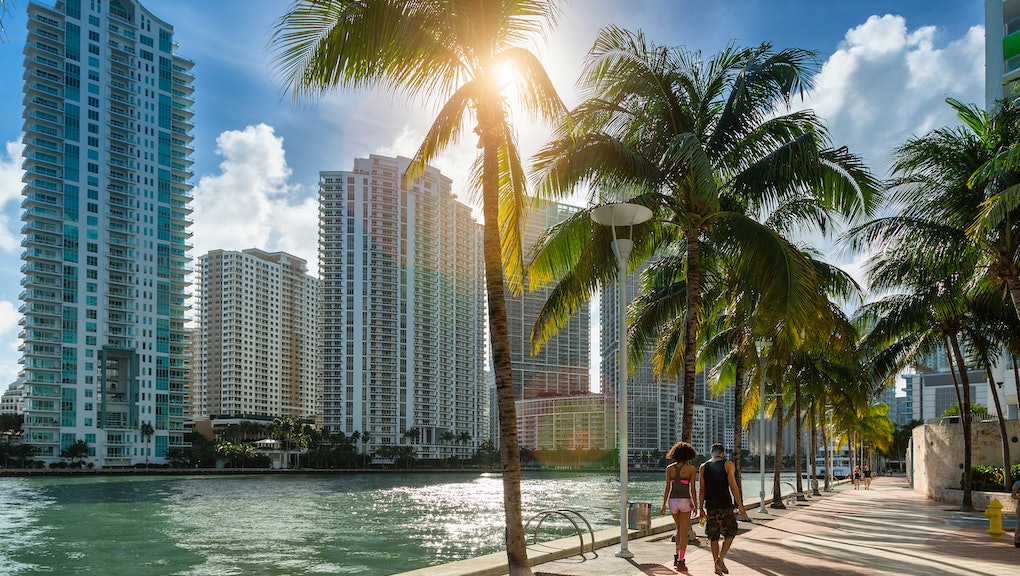 For a long time, Steven Leifman felt there had to be a better way.

Through decades of working as a public defender and later a judge in Florida's criminal justice system, he agonized over the steady stream of people suffering from serious mental illnesses who landed in the county jail instead of in a doctor's care.

It's a problem that exists across the United States, but in Leifman's case it's particularly acute. He's a judge in Miami-Dade County, which has the largest proportion of people with serious mental illnesses of any urban community in the country. A stunning 9.1% of the population is estimated to suffer from a mental illness like schizophrenia and bipolar disorder, and since a majority lack proper access to adequate psychiatric services, many end up entangled in the criminal justice system when going through a difficult time.

But one day the phenomenon went from tragic to unbearable. Leifman witnessed a man with late-onset schizophrenia have a psychotic episode in his court. Despite the fact that the man, a Harvard-educated psychiatrist, had been cycling through jail system and was desperately in need of hospitalization, Leifman lacked the jurisdiction to place him in a mental institute. Haunted by untreated hallucinations, the man was released to the streets, where he was as likely to be arrested as he had been before arriving in court. If the system failed that man, who once seemed to have every resource imaginable, then how could it possibly help anybody else?

The key to success? Treating mental illness as a disease, not a crime.

Rattled by the incident, Leifman organized a two-day summit in which he worked with the state attorney, community police chiefs, public defenders and judges to see what could be done. Working in conjunction with behavioral health and justice consultants from the government-run Substance Abuse and Mental Health Association, they devised a program designed to divert the mentally ill from the criminal justice system.

Fifteen years since the program began in 2000, thousands of Miami-Dade police officers have become skilled tacticians in de-escalating encounters with mentally ill suspects; arrests and incarcerations have plummeted. The program revolutionized the relationship between the county's criminal justice system and its mental health system, and has been deemed a model for police departments across the country. The key to the program's extraordinary success: It treats mental illness as a disease, not a crime.

The program: The Eleventh Judicial Circuit Criminal Mental Health Project has two main prongs. The first is the Crisis Intervention Team training model, under which law enforcement officers receive 40 hours of specialized training for dealing with the mentally ill, with an emphasis on psychiatric diagnoses, suicide intervention and knowledge of substance abuse disorders (which are often intertwined with serious mental illness).

With the ability to anticipate and react more effectively to mental health calls, law enforcement is able to minimize the likelihood of an arrest. In the case that an individual is engaged in a misdemeanor (public urination, loitering) or a low-level felony (resisting arrest), the police officer has the discretion to divert them to a crisis stabilization center instead of a jail.

According to a 2014 report on CMHP's effectiveness, provided by Jail Diversion Program Director Cindy Schwartz, over the four years prior to the report, CIT officers from both the Miami-Dade and City of Miami police departments responded to nearly 38,000 mental health crisis calls and made a mere 85 arrests. Close to 9,000 of those calls resulted in diversions to crisis units, and the rest were resolved without any need for intervention. Without the program, the number of arrests would likely have been far greater.

The average daily census in the county jail system has dropped by thousands in large part due to the program, a reduction so large that one entire county jail facility has been closed, saving taxpayers $12 million a year, according to the report.

The other critical part of the program takes place after somebody with mental illness is arrested and jailed. If the charge is a misdemeanor, they're sent to a crisis stabilization unit within two days of booking. There, if they give consent, they'll be linked with targeted services to assist with health, housing and community reintegration, and monitored by program workers for up a year after entering the system. The housing component is particularly critical, as a vast majority of people in this scenario are homeless, the report notes. Recidivism rates among program participants have plunged from about a 75% high to 20% annually.

For people with serious mental illness who get charged with felonies, the eligibility and referral process is a bit different, but the emphasis on recovery through assistive services is the same, and the recidivism rate is even lower. CMHP estimates that since 2008, the felony jail program has saved the county over 15,000 jail days.

"We believe, and it's been proven to be true, if you truly want to improve public safety and you want to spend tax dollars more effectively, then you want to treat this like an illness and not a crime, and that means getting people the treatment they need," Leifman told Mic.

Leifman said that the most remarkable change he's seen through the program has been among the attitudes of law enforcement officers.

"Most police officers go into the business of law enforcement to really help people, and when they're not given the tools, they get frustrated," Leifman said. "The officers that we train have become extraordinarily empathetic about what we're trying to do, from both their own personal experience, as well as from seeing that when they do get people treated, it works. And they get to do what they wanted to do all along — which is really help people."