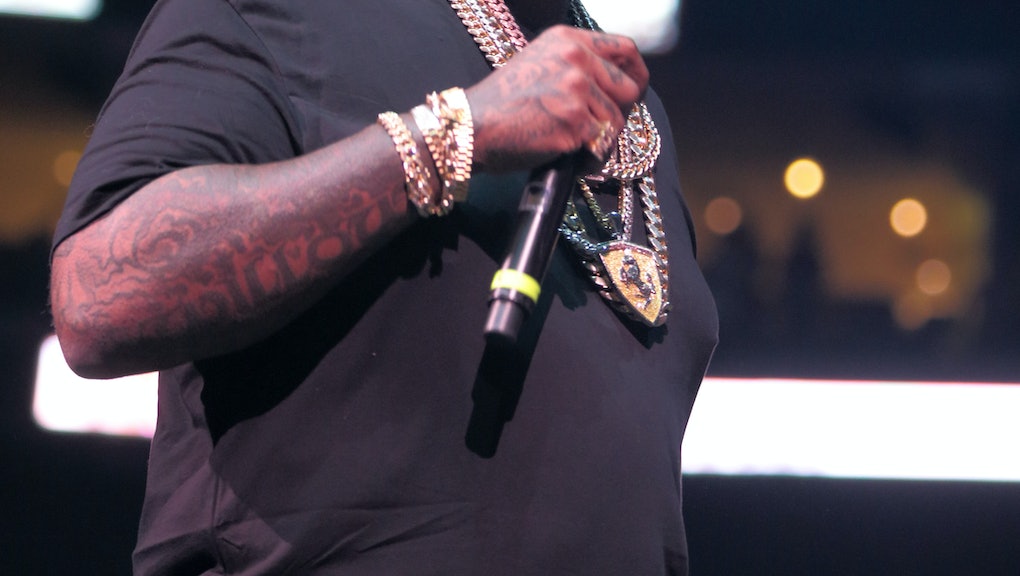 "Thug Cry" rapper Rick Ross released a remix of Adele's newest single, "Hello," on Thursday, further fueling the hype around a song that's already earned a record amount of buzz since its release on Oct. 23.

Ross remixed the song by inserting a deep-voiced Rozay verse after Adele belts the first chorus. "I miss you kissin' my lips, consoling my confidence/ I'll probably just ring the heart of something that's heaven sent," Ross raps in in his added second verse about heartbreak and his transition from "poor to riches." Genius provides the song's full lyrics here.

The song is available to stream for free on Audiomack.

Ross has added his touch to hit songs before Adele's "Hello." In 2013, he remixed Lorde's "Royals" with a similar-sounding verse about his wealth and success.