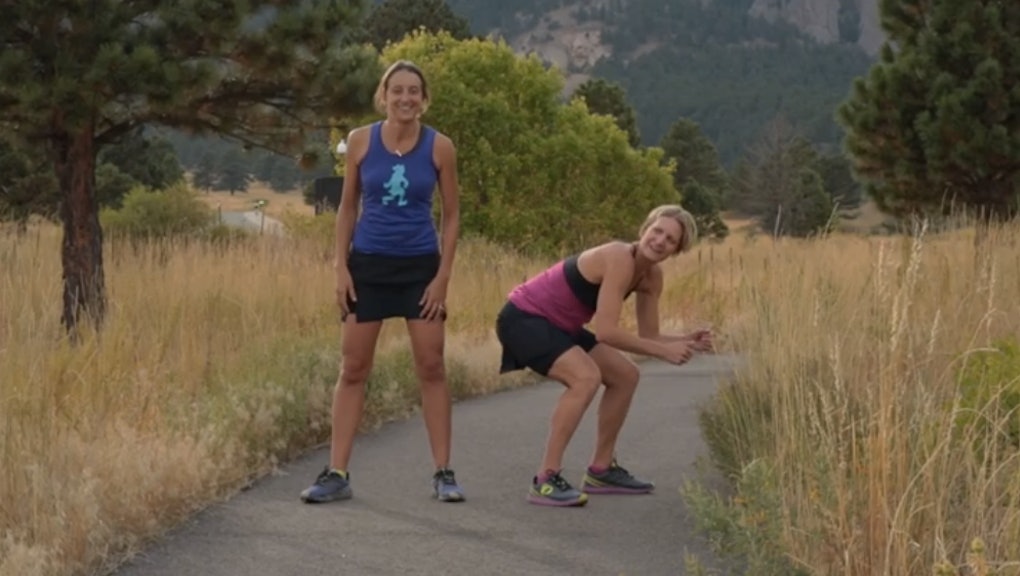 The Latest Clothing Innovation Lets Women Pee While Standing Up

Call it one of the great gender differences with truly impractical implications: In the absence of a bathroom, men can pee almost anywhere discreetly (more or less), while women have to totally disrobe their lower halves, "pop a squat" somewhere and hope that no one catches sight of their bum.

For women who regularly run outdoors and compete in marathons, that's especially problematic. Which is probably why it took — you guessed it — a female runner to design a skirt that allows women to pee while standing.

The latest Kickstarter catching notice is for the "Gotta Go Running Skirt," which looks like your everyday tennis skirt, except for the "trapdoor" underneath that unsnaps so you can squat and pee. At its most basic level, it functions much like the bottom of an infant's onesie.

The idea for a skirt with a "trapdoor" option was initially an April Fool's Day email sent by the women at activewear company Skirt Sports, which recently launched the Kickstarter campaign.

"A skirt like this was something women had informally asked us for for years," Cheryl Kellond of Skirts Sports told Mic via email. Peeing, she wrote, is something women talk about on long runs. So the company sent an April Fool's email with a photo of two women runners agonizing as they wait for the port-a-potty.

The joke ended up functioning like a market research experiment.

"Within 48 hours we literally THOUSANDS of responses from women asking us to make it a reality," Kellond said, adding that it led to plenty of water-drinking to test prototypes at the Skirts Sports headquarters. For the design, Skirts Sports ended up being inspired by split-pants Kellond saw toddlers wearing in China.

The skirt is designed with some other nifty features that make it just a little more practical. It has side slits on the skirt (the easier for squatting and taking of business) and comes with zippered side pockets for storing tampons and other small essentials.

So far, it seems like Deboom and Skirt Sports were right about the initial excitement. As of publication, the campaign has almost $28,000 pledged out of a goal of $35,000, with 20 days to go.

In that way, the excitement for such a plainly practical item fits the ongoing trend in women's clothing innovation. From period underwear, to sweat-proof dress pants and clothing with some goddamn pockets, the clothing emerging from female-led companies is all about practicality.

The only thing women might need to worry about in their new skirts, Deboom says in the Kickstarter video, is their aim when they gotta go.