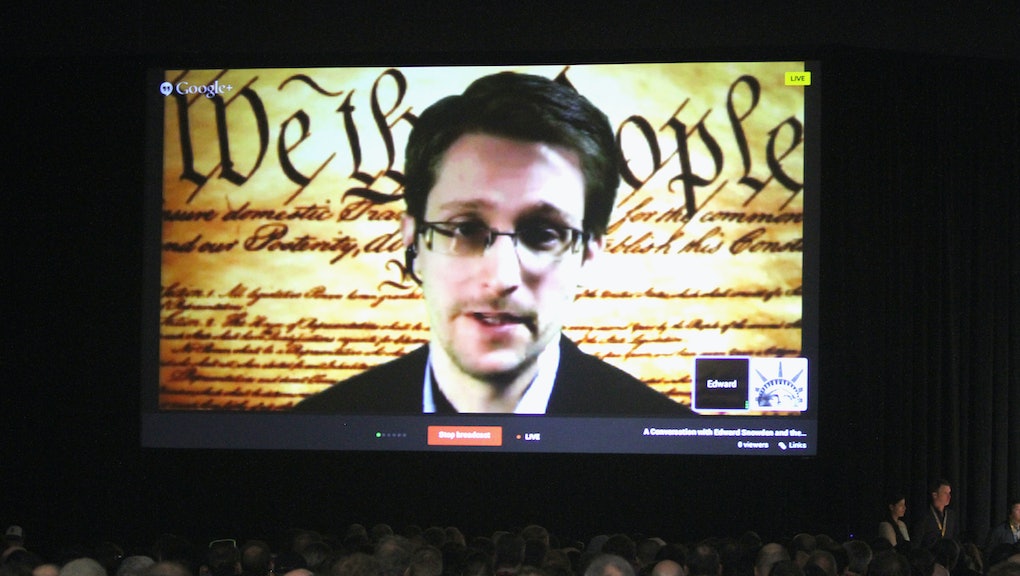 With a narrow 285-281 vote, the European Parliament voted on Thursday to protect Edward Snowden, who is responsible for disclosing thousands of classified National Security Agency documents in 2013. Though the resolution is nonbinding, it could grant Snowden safe passage to other countries in the European Union. The American whistleblower is currently living in Russia, where he has been granted temporary asylum.

"Too little has been done to safeguard citizens' fundamental rights following revelations of electronic mass surveillance," members of the European Parliament said in the Thursday resolution, per a press release, and urged all EU member states to grant Snowden asylum in the event he attempts to cross boarders.

In their resolution, MEPs asked that all EU countries "drop any criminal charges against Edward Snowden, grant him protection and consequently prevent extradition or rendition by third parties, in recognition of his status as whistleblower and international human rights defender." The resolution also calls for more Internet technology independence and online privacy among European states, expresses a need for "democratic oversight of intelligence activities" and stresses a need to boost trust between the EU and the United States.

Snowdon responded to the European Parliament's resolution on Thursday via Twitter, calling the vote a "game-changer." He added that the decision was not a "blow against the U.S. government," but rather a symbol of progress.

Snowden, who has been called the "most wanted man in the world," was living in Hawaii and working for NSA contractor Booz Allen Hamilton at the time of the leak. The whistleblower then fled to Moscow, where he was eventually granted temporary asylum for three years. If he were to return to the United States, it's possible he would be charged with treason under the Espionage Act, a law that dates back to 1917 and was designed to deter citizens from undermining the U.S. government.