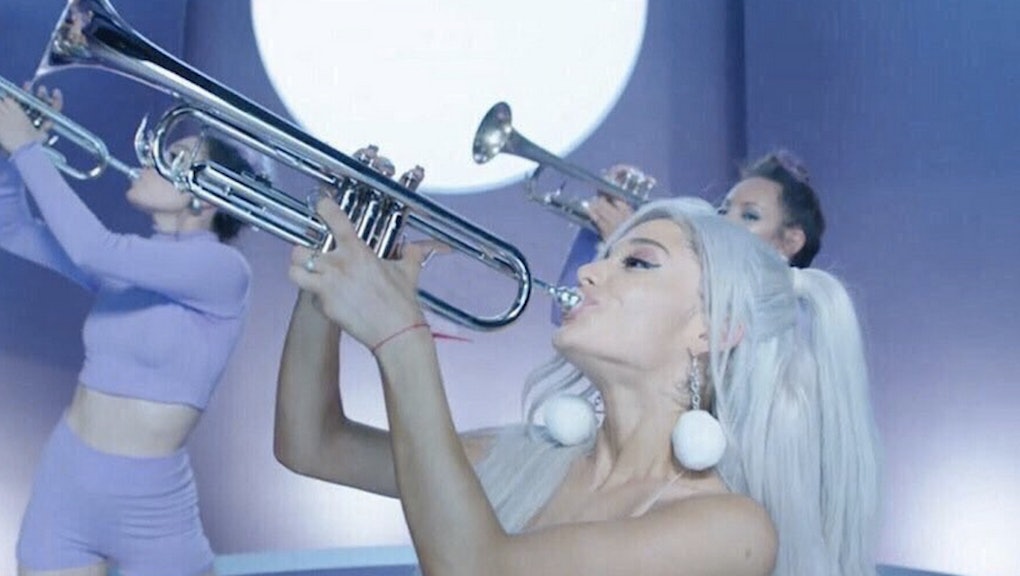 Ariana Grande dropped the highly anticipated music video to "Focus" at midnight Friday, her latest single off the upcoming album Moonlight. The 22-year-old has been teasing fans with a 40-day countdown on Twitter, as well as releasing a 15-second teaser Sunday.

"Focus" shows Grande with silver hair, dancing with a group of backup dancers and playing the trumpet. Although it may be a Grande fans haven't seen before — she is known for her voluminous brunette locks — some critics say the video was underwhelming for her return to music.

The single, which garnered over 1 million views on Grande's Vevo YouTube channel nine hours after its release, is the first music she has released since My Everything, her second studio album from August 2014.