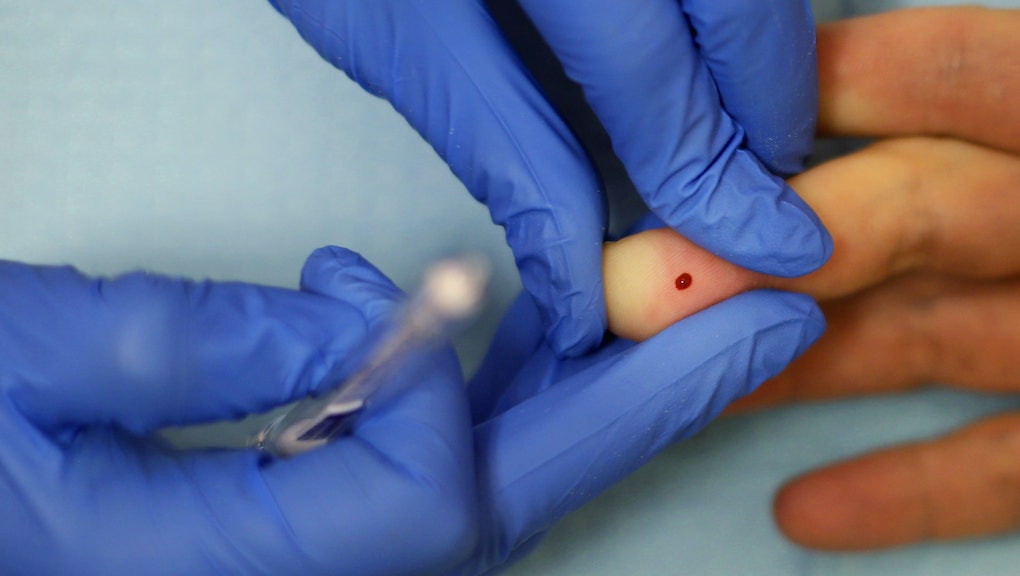 Cancer is a soulless devil of a disease, but treatment can be successful if you spot it early. That's why this new discovery is great news: Dutch researchers just invented a way to detect many different cancers using just a drop of a patient's blood.

The study, published by researchers at the Cancer Center Amsterdam of VU University Medical Center, found that cancers could be spotted with 96% accuracy, even at early stages.

Currently, the methods for detecting cancer include self-examination and doctor-ordered blood tests, biopsies and urine analysis. Existing blood tests — blood protein testing and tumor-marker tests — cannot determine without a shadow of a doubt that the cancer does or does not exist.

The Netherlands study involved a thousand patients with a wide range of cancer diagnoses. From testing a drop of blood, researchers could determine the type, whether it had spread into other parts of the body and where the tumor was in the body.

"This is a revolutionary breakthrough," said professor Tom Würdinger, research leader at the CCA, according to the site NU.nl. "Patients whose disease is detected at an early stage of the tumor have a much better prognosis. The survival rate thus increased slightly." Plus, he added, care costs decrease because oncologists can find and conquer cancer cells early.

"This is a revolutionary breakthrough."

The researchers note that some cancers were easier to detect, such as intestinal cancers, while brain cancers were harder to find (the rate of reliable detection dropped by 11%). The reason for the latter, the researchers suspect, is because of the blood-brain barrier, which reduces accuracy. Still, this detection method is better than anything they'd tried previously.

While clearly the new method isn't 100% effective, having such a minimally invasive procedure capable of early detection could mean stopping an enormous amount of potentially fatal cancer diagnoses — many of which are discovered too late to be stopped.