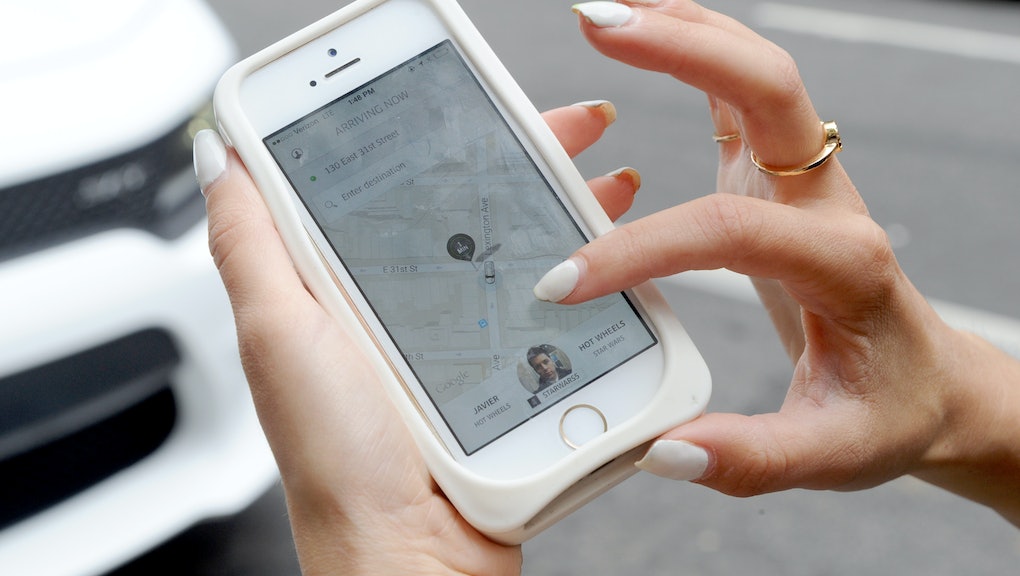 Here's How to Avoid Uber and Lyft Surge Pricing

A new study shows that Uber surge pricing, which drives even the loyalest of Uber users back to ye olde yellow taxi, can be avoided with a little thing called patience.

Computer scientists at Northwestern University found that the ride-sharing service's surge pricing, that modern-day evil in which Uber strategically hikes its fare during peak times, usually lasts five minutes and only spans a few hundred feet.

"The vast majority of surges are short-lived, which suggests that savvy Uber passengers should 'wait out' surges rather than pay higher prices," the researchers wrote of their study for the investigative journalism website ProPublica.

Walk a few blocks or wait a few minutes: The study took four weeks, during which researchers created 43 Uber accounts and requested cars in Manhattan and San Francisco. What they found is groundbreaking.

"Two users standing a few meters apart may unknowingly receive dramatically different surge multipliers," the study reads. "For example, 20% of the time in [New York's] Times Square, customers can save 50% or more by being in an adjacent surge area a block or two away."

And while Uber has claimed surge pricing provides incentive for Uber drivers to work, the study shows it's quite the opposite. "What happens during a surge is, it just kills demand," one of the researchers told ProPublica. "So the drivers actually drive away from the surge."

There are other pre-existing tips for avoiding price surges. With regard to the holiday season, typically a field day for surge pricing, engineer and part-time Uber and Lyft driver Harry Campbell wrote about how to avoid the charges for his blog The Rideshare Guy. (Lyft is a ride-sharing service and Uber competitor that implements its own surge pricing in the form of "heat maps," which highlights regions of the map charging higher costs in pink.)

Compare prices: He first noted that while Lyft caps its surge at 400%, Uber places no cap on surge pricing. He advised users to check Lyft prices in real time on WhatsTheFare, while noting that one can estimate with Uber only by manually entering "surge."

It's called ride-sharing for a reason: Users can cut their Uber or Lyft bill in half by taking advantage of their carpooling offers, Uber Pool and Lyft Line, currently offered in limited cities. The services are engineered to match passengers based on the direction they are traveling.

Again, wait it out: "Riders need to remember that surge pricing is very dynamic and can change in a heartbeat, so if you're able to wait it out, the prices will likely come down," Campbell writes. "If you have to get home ASAP, then you're likely going to have to pay top dollar."