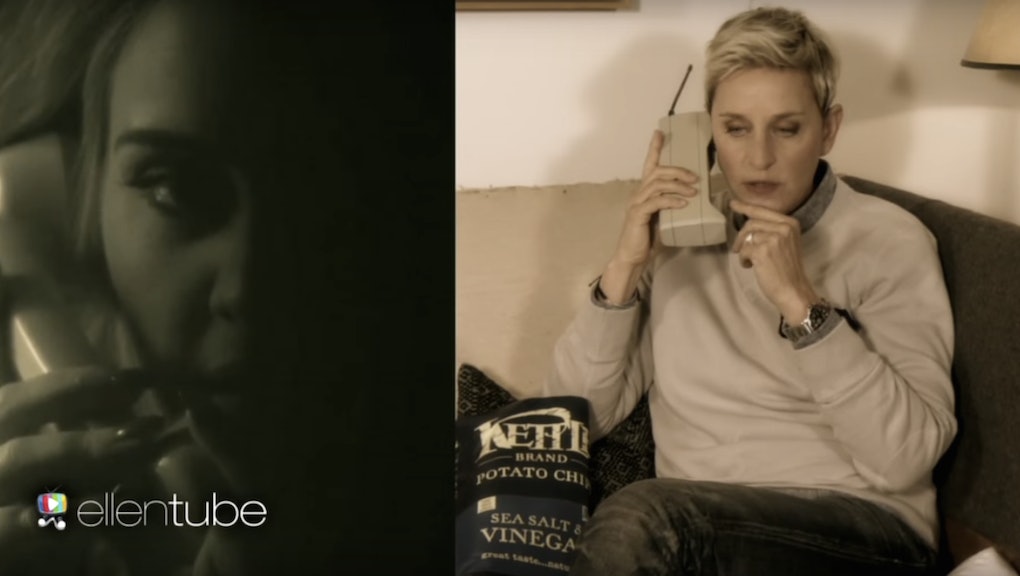 Ellen Degeneres revealed who Adele's new song and music video, "Hello," is about to audiences of her daytime talk show Thursday: as it turns out, the emotional tribute to an ex-love was actually based on a conversation the singer had with Degeneres, according to the talk show host.

The Ellen Show host combined the British singer's video, Drake's "Hotline Bling" and Lionel Richie's 1983 "Hello" in a hilarious spoof where the comedian and TV personality receives calls from all three artists.

"I really need to get an unlisted number." The Ellen Show tweeted Thursday.

Degeneres picks up a call in the beginning of the skit, and Adele's latest music video begins to play. After going back and forth between the video and Degeneres' quick responses, the phone call seamlessly transitions to Drake's "Hotline Bling" when Degeneres receives a second call. Finally, Richie's "Hello" ends the series of conversations, as Degeneres tells Richie, "No, I was not looking for you. Seriously, I, I can't talk."

Watch The Ellen Show spoof below: