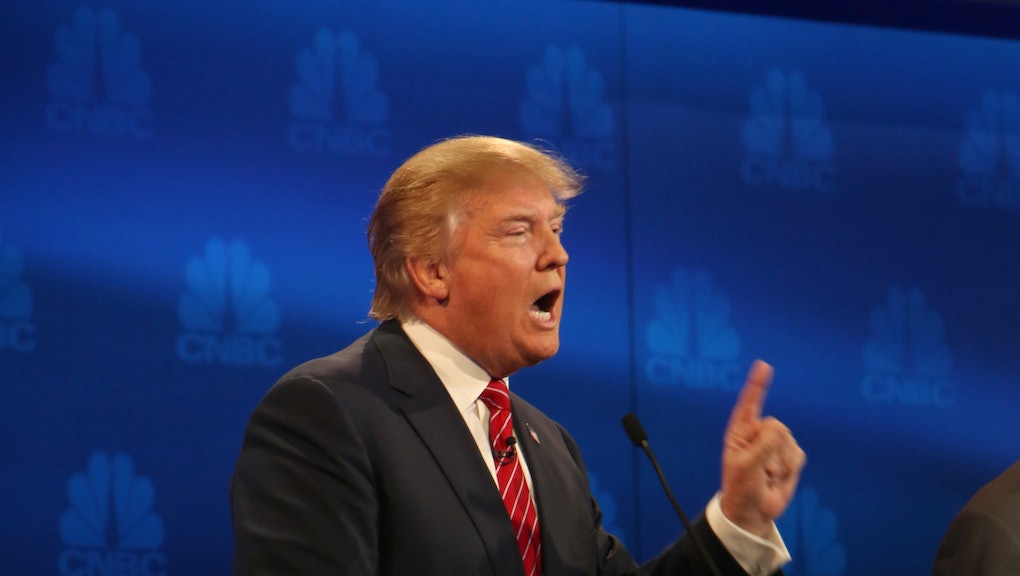 Trump Says Marijuana Policy Should Be Left to the States

Leading Republican presidential candidate Donald Trump expressed support for the idea that states — and not the federal government — should decide whether to legalize marijuana. He also said he was strongly in favor of medical marijuana as an option for sick patients.

"In terms of marijuana and legalization, I think that should be a state issue, state by state," Trump said Thursday at campaign stop in Reno, Nevada, the Washington Post reported.

Trump has publicly held a range of opinions on drug policy over the course of his long career in public life.

In a commendable bit of Internet sleuthing, the Washington Post found a 1990 Sarasota Herald-Tribune clipping that quoted Trump telling an audience in Florida, "We're losing badly the war on drugs.... You have to legalize drugs to win that war. You have to take the profit away from these drug czars."

The most recent comments put Trump soundly to the left of his fellow Republican presidential aspirants and closer to positions held by former Secretary of State Hillary Clinton. At a 2014 CNN town hall, Clinton said she was increasingly open to exploring state legalization. "On recreational, you know, states are the laboratories of democracy," Clinton said, according to CNN. "We have at least two states that are experimenting with that right now. I want to wait and see what the evidence is."

Both candidates, however, remain well to the right of Bernie Sanders who has said he would not only legalize marijuana across the United States, but also remove it from the federal government's official list of dangerous narcotics.

Though it has been said before, a number of indicators now appear to be coalescing against the Donald's bid for America's highest office. Retired neurosurgeon Ben Carson recently knocked him off the top spot in polls, both in Iowa and nationally. Meanwhile, during the candidates' most recent debate Wednesday, many commentators said the night belonged to Florida Sen. Marco Rubio, with Trump landing few memorable punches.

Trump recently told an audience in Iowa that if he lost the state, he would "never speak to you people again," Time reported. Given his previous public disdain for Iowans, that's probably a promise he'll keep.