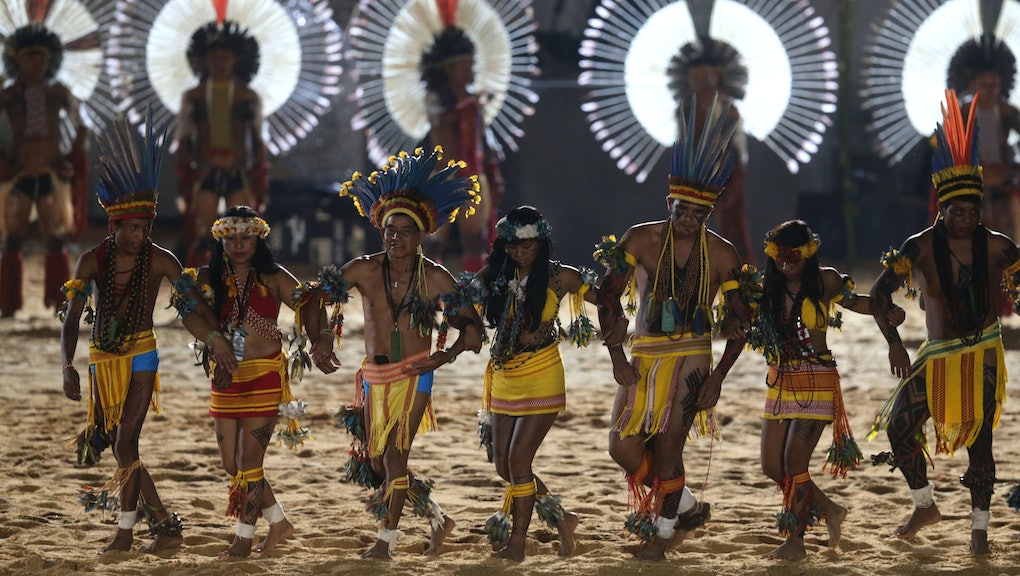 Nine Photos From the World's First Ever Indigenous Games in Brazil

The World Series is so yesterday.

The World Indigenous Games, which brought together 2,000 indigenous people from all over the world, will wrap up Sunday, Nov. 1, in Brazil.

Competitors came from far-flung countries from the Philippines to Ethiopia, joining more than 300 Brazilian tribes and delegates from across South America, according to the Associated Press. Events included river swimming, log races, archery, spear-throwing and tug of war.

"This is an eye-opener for us," Felicia Chischilly, a 29-year-old Navajo from New Mexico told the Associated Press. "It's a pow wow in the true sense of the word — a gathering of nations." Chischilly was one of 19 delegates from the United States.

The games just happen to coincide with the passing of a controversial land measure that actually took land from indigenous Brazilians. Protests plagued the games throughout its nine-day run, according to the Associated Press.

Antonio Apinaje of the Apinaje people of Tocantins, the region of Brazil hosting the games, told the news agency "We see this whole thing (the games) as a tool to pull the wool over our eyes."