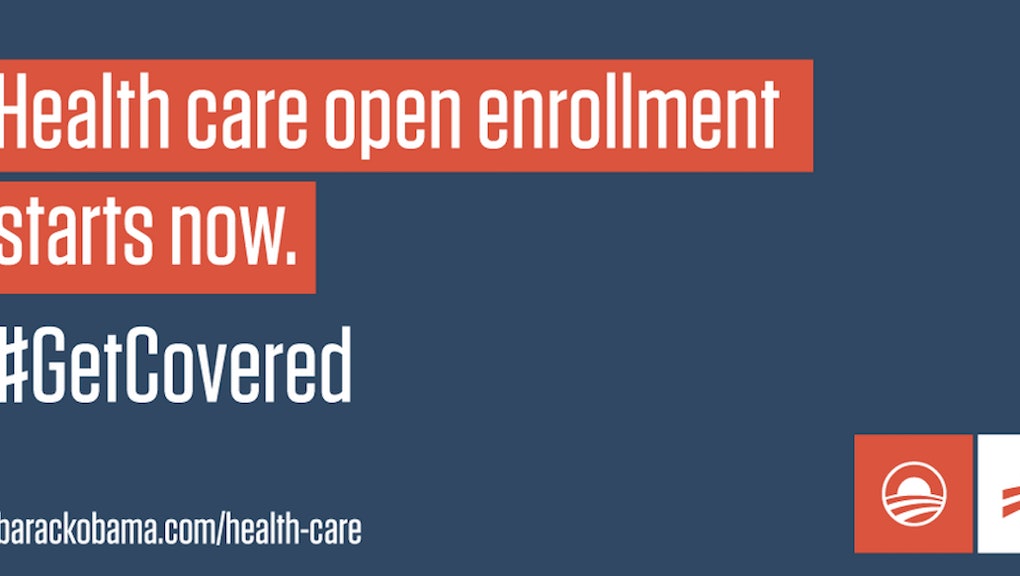 Obamacare 2016 Sign-Up: What You Need to Know About Open Enrollment of ACA

Open enrollment into the American Care Act began Sunday, providing U.S. citizens the opportunity to sign up for insurance through the health care marketplace for 2016.

The enrollment period lasts from Nov. 1 through Jan. 31, 2016, and is the one time of year when families and individuals can sign up for new coverage before facing a penalty. It's also the time when those already insured can either renew or make changes to their insurance plans.

Enrollment into an insurance plan must be submitted by the 15th in order for it to go into effect by the first of the following month. Plans signed up for after the 15th of the month will begin a month and a half later, on the first of that following month. (For example, if you sign up on Jan. 14, coverage will begin on Feb. 1. If you enroll Jan. 16, coverage begins March 1.) Visit the Healthcare Marketplace to sign up.

The marketplace provides a number of subsidies should the monthly costs present a hurdle. Last year, 87% of people who enrolled in Obamacare were given some sort of financial assistance, with 1 out of 6 Americans paying $100 or less for an insurance plan in 2015, according to Obamacare Facts.

CNN reports nearly 90% of Americans had health insurance in 2015. The number of those covered throughout the United States has been dramatically improving over the years, largely thanks to the Affordable Care Act, popularly known as Obamacare. Part of that increase may be attributed to the hefty penalty uninsured Americans must pay for avoiding enrollment — the charge for remaining uninsured in 2016 is $695 per person ($347.50 for anyone under 18), according to Healthcare.gov.