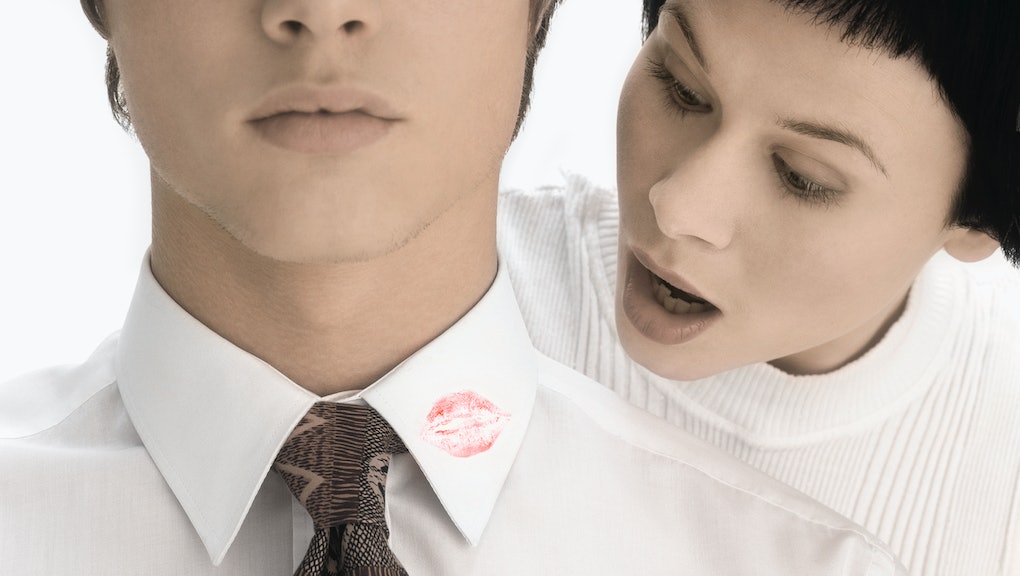 Are Some People Destined to Cheat on Their Partners? Maybe, According to Science

While we may be conditioned to think of the unfaithful heartbreakers among us as cold-hearted snakes, a new video from AsapScience has a different explanation for the phenomenon of cheating: Some people are genetically more predisposed to cheat than others.

In the clip, AsapScience takes viewers on an evolutionary journey, saying humans are members of the elite 3% or so of mammals that mate for life. Despite this hardwired tendency toward monogamy, cheating runs rampant on college campuses, in corporate offices, on business trips to Phoenix, on hacked cheater websites like Ashley Madison, etc.

So if we're genetically predisposed to stay monogamous, why do an estimated 22% of adults admit to having cheated on their current partners? The video suggests some of us might be more inclined to get a little strange on the side than others, which has to do with genetics and hormones.

"The gene coding for a dopamine receptor plays a key role in cheating for men and women," the narrator says. "Sometimes called 'the happy hormone,' it's released after pleasurable activities like exercise, eating food and orgasming."

He then gets into the long and short of it — literally. There is a long allele and a short allele version of the dopamine receptor gene, and the video quotes a 2010 study that found that of the two variations, 50% of people who possess the long version have cheated on their partners, as compared to only 22% of their short allele counterparts.

There are also factors beyond genetics that increase the likelihood of infidelity, such as discrepancies in partner earnings (the wider the income gap, the more likely it is that your partner will be unfaithful, according to a 2015 study) as well as emotional baggage from past relationships.

That said, these findings should be taken with a grain of salt. Even if some humans are more genetically predisposed to infidelity than others, that doesn't mean they should be absolved of all responsibility for their actions. Furthermore, as any good researcher knows, correlation does not equal causation, and just because your partner has lower levels of a certain hormone or makes more money than you do doesn't mean they're necessarily going to get it on with Barb from accounting.

Still, if you've ever dealt with the devastating consequences of infidelity, the video might be a small source of comfort. It's a helpful reminder that even though being cheated on sucks, there are many, many reasons why someone would do it, and not a single one of them is your fault. Instead, maybe your partner's just born that way. Or they're an asshole. Either one, really.