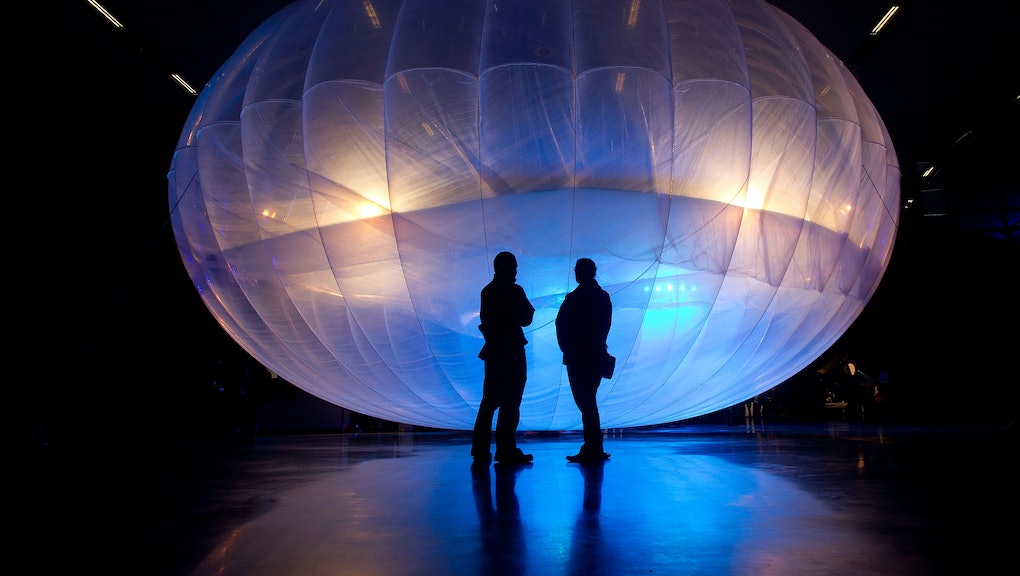 Google is creating a network of Internet accessibility via hundreds of floating balloons that could be providing service throughout underserved regions of the world as early as next year, according to the BBC. The concept is called Project Loon, and its goal is to give the two-thirds of the world lacking Internet access the ability to explore the web via the floating service.

"From Sabang all the way to Merauke, many of these people live in areas without any existing Internet infrastructure, so we hope balloon-powered Internet could someday help give them access to the information and opportunity of the web," the company wrote in its Asia Pacific blog. Project Loon has already reached agreements with three of Indonesia's leading mobile network providers, ScienceAlert reports.

"Loon balloons act like floating mobile phone towers; flying on the stratospheric winds at altitudes twice as high as commercial planes, each balloon beams an Internet connection down to the ground, and as one drifts out of range, another moves in to take its place," Google said in the blog post. "Loon can help telecommunications companies extend their networks; high in the sky, we can help overcome the difficulties of spreading equipment across an archipelago of 17,000 islands of jungles and mountains, providing connectivity to even the most remote islands."

The venture has been in the works for a few years, but Project Loon vice president Mike Cassidy told the BBC that everything about Loon has been steadily improving, from the method of launching the balloons to the durability of the materials used.

"In the early days, the balloons would last five or seven or 10 days. Now we have had balloons that have lasted as long as 187 days," Cassidy told the BBC. "We've also improved the launch process. It used to take 14 people an hour or two to launch a balloon, now with an automated crane we can launch a balloon every 15 minutes with two or three people ... We hope next year to build our first continuous ring around the world, and to have some sort of continuous coverage for certain regions."