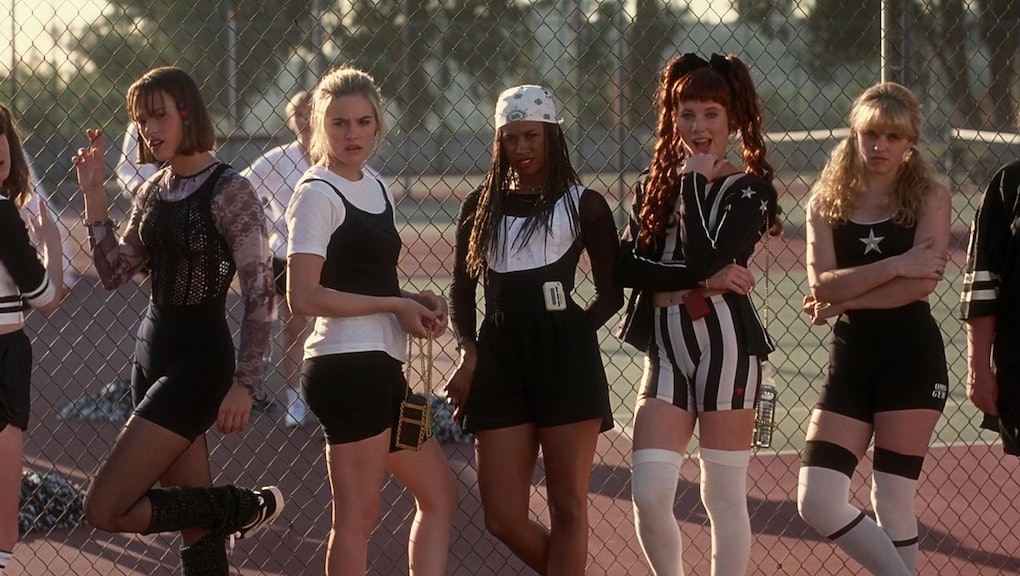 The Huge, Depressing Truth About Being Popular as an Adult

One of the best parts of adulthood, it is sometimes said, is that popularity — the brutal force that dominates the climates of our tumultuous middle and high school years — no longer matters. Adulthood is an equalizer, or even a role reversal, in which the "losers" finally come into their own and thrive, leaving the prom king and queen in the dust.

But is this actually even a little bit true?

Sure, high school politics disappear the second you grab your diploma and are like, "Peace, bitch." But does it really get better for people who, for whatever reason, aren't popular in high school?

Although the cast and setting change from high school to adulthood, the script can sometimes be surprisingly similar. In fact, adulthood just might be when popularity matters more than ever.

Hotness matters. This is obvious in high school, a place where popularity is often achieved by being a jock with a six pack. But the rewards of being conventionally attractive can last long after the last "Hail Mary" pass is thrown. In fact, good-looking adults are constantly rewarded for their good looks, whether or not they (or the people rewarding them) realize it.

Lofty claims, but there are actually some studies and numbers out there to prove them. (LOL, but also sad face.) Hamermesh found that conventionally attractive people earn an average of 3 or 4% more than average-looking mortals.

This could have something to do with the fact that better-looking people are more likely to get jobs in the first place. A 2008 study published in the Annals of the New York Academy of Sciences: The Social Cognitive Neuroscience of Corporate Thinking determined "when someone is viewed as attractive, they are often assumed to have a number of positive social traits and greater intelligence," which ultimately leads to a hiring bias in their favor.

The reason for this bias, Hamermesh told Mic, is simple: People just prefer to be around good-looking people. "I believe the basic reason is left over from old days, when good looks were a signal of good health, useful both on the job and in marriage/reproduction," he said. "That's not true anymore in rich societies, but it clearly takes a long time for humanity to get away from its jungle origins."

The real mark of popularity, of course, is having a lot of friends — and the right ones. Being good-looking is only the tip of the iceberg. The big area where popularity dominates our adult lives is the workplace, particularly for the career-oriented among us.

While these words may have been first published all the way back in 1984, career speaker Lindsey Pollak, author of Becoming the Boss: New Rules for the Next Generation of Leaders, told Mic that the phenomenon is more or less timeless.

"People want to work with those they like being around," she said. "Being relationship-focused is incredibly important to career success."

In a doozy of a 2005 Harvard Business Review study, authors Tiziana Casciaro and Miguel Sousa Lobo found that while employers would never admit it, someone who sucks at their job can actually go pretty far if enough people like being around them. "If someone is liked," they wrote, "his colleagues will seek out every little bit of competence he has to offer." As for the unlikable people whose performance was superior? Next!

"People want to work with those they like being around. Being relationship-focused is incredibly important to career success."

This is all great for the conventionally likable, friends-with-everyone types among us — but does that mean that the socially awkward, introverted or harmlessly curmudgeonly types are screwed?

It might feel like being likable enough to succeed requires faking certain interests or even an entire persona in order to play the career game. In a recent essay for Fusion, writer Hannah Smothers shared her story of being popular in high school — she was even homecoming princess! — and how she ultimately left the clique because her interests and goals didn't genuinely align with those of the cool kids.

While the story itself is very high school, Smothers told Mic that she wouldn't be surprised if some adults could relate to its themes.

"The idea that there's a certain crowd of people whose approval you crave in order to really feel 'in' is totally a thing in the real world," she said. "Especially in [some industries] where a certain amount of your life takes place publicly and there's a real pressure to be liked by the correct people."

Luckily, though, there are some differences between adult and high school popularity. While the popular kids in high school were often exclusionary mean girls who thrived on talking shit about others, there's good news for uncool kids: Such behavior typically doesn't go over too well in the real world.

While those types of villains do still exist in adulthood, Pollak told Mic that, in her experience, they're not likely to make it far in the long run.

"It usually comes back to haunt you at some point," she said. "People will eventually not want to work with you or hire you or have you on their board."

When it comes to putting on a manufactured performance of what a popular person is supposed to look like, though, that's not likely to win many success points either. "[Your approach to work relationships] has to be authentic," Pollak told Mic. "Maybe in middle school we're not savvy enough to notice. But in adulthood, if you're faking it people see right through it."

This is a lesson that Smothers learned in high school and carries with her now. "It sucks to do things just because you think people will like you for it," she told Mic. "It's so cliché, but I think people really can tell when you're doing something out of character, even if they don't know you super well."

And so in the end, we land on an even bigger cliché: the importance of being yourself. Even if that self isn't considered hot or likable enough to reap the advantages that come with adult popularity, at least it will be authentic — and authenticity might be the most likable trait of all.