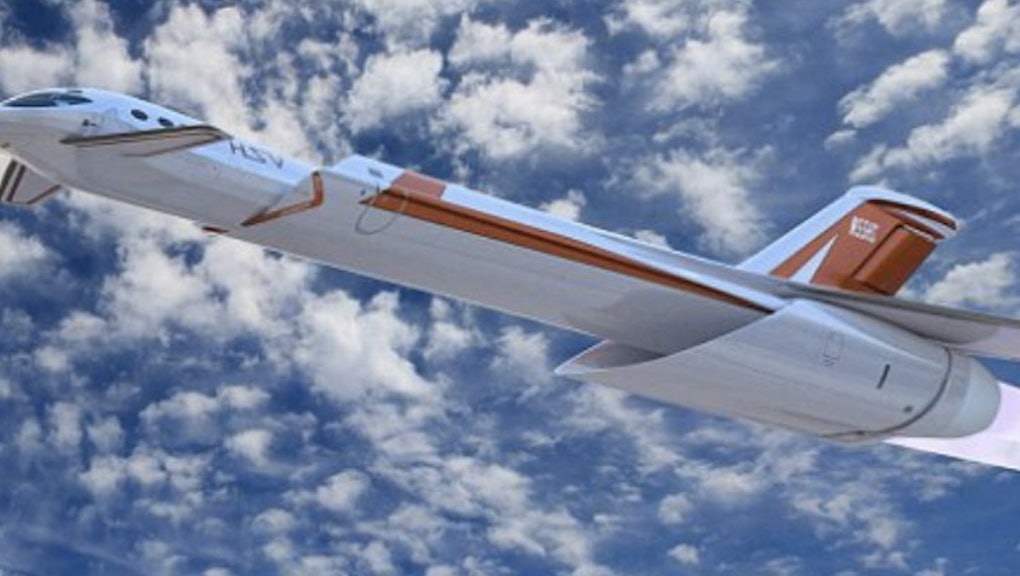 A New Jet Concept, the Skeemr, Could Fly From NYC to London in 30 Minutes

Talk about a quick commute. A new, supersonic jet plane could eventually travel the distance from New York City to London in as little as 30 minutes, the Globe and Mail reported last week. Designers of the jet plane, called the Skreemr, say "scramjet technology" — which they say makes the jet lighter, smaller and faster than other aircrafts — is the major reason why their aircraft concept could reach speeds of Mach 10, or about 7,673 mph.

Real or fantasy? Skreemr designer Charles Bombardier wrote about his aircraft concept for the Globe and Mail's "Prototypes Column," a section of the publication focusing on product concepts, some of which ready for commercial sale, others that are more farfetched. The article notes that, while the concept for the Skreemr jet is exciting and innovative, it's far from ever being the standard in commercial travel.

According to Bombardier, scramjet technology is currently only being tested by the United States and Chinese governments. "It will take years to see them on factory-built military drones, but maybe in the distant future they could be used to fly passengers across oceans at very high speed," he wrote for the column.

A video detailing how the technologically advanced engine operates was posted to YouTube by tech company Pratt & Whitney in 2011.

How it would work: Under Bombardier's concept, an "electric launch system" would propel the Skreemr jet into the sky, allowing it to quickly accelerate in speed due to its scramjet technology. The technology used in the aircraft essentially uses the plane's speed to compress air hitting the Skreemr, rather than a tank inside of the plane's engine, according to Fox News.

Bombardier remains hopeful his concept for the Skreemr could soon become the future of travel. "Maybe in the distant future they could be used to fly passengers across oceans at very high speed," Bombardier wrote in the Globe and Mail. "The Skreemr concept aims to ignite your imagination around this idea."