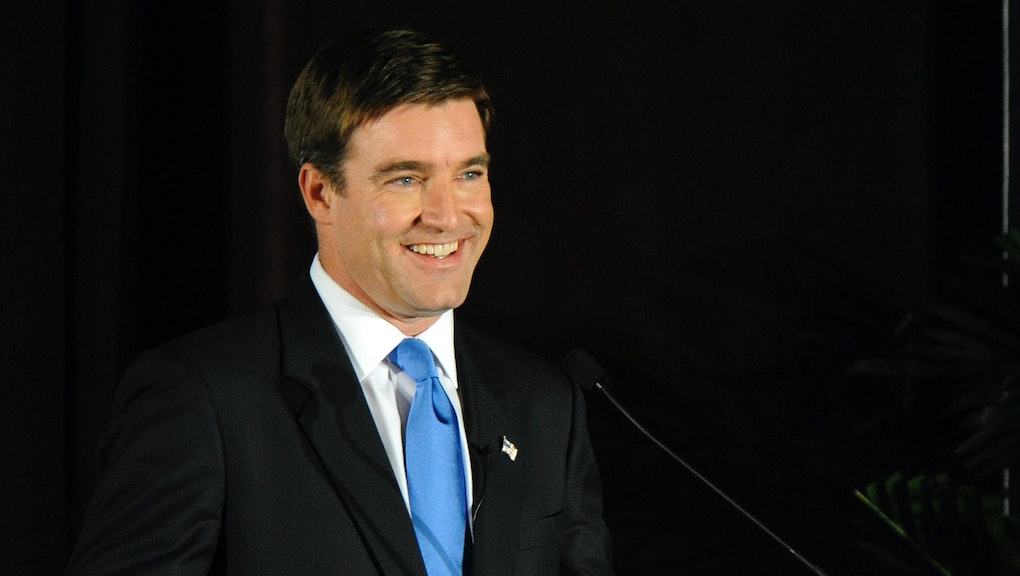 Kentucky voters will head to the ballot boxes on Tuesday to determine the state's governor-elect. Jack Conway, Kentucky's 49th attorney general, is the Democratic candidate running against Republican Matt Bevin. Kentucky's current governor, Steve Beshear, has been in office since 2007.

The governor's election comes at a pivotal time for Kentucky. The recent controversy surrounding Kentucky county clerk Kim Davis, who was arrested in September for refusing to issue a marriage license to a same-sex couple for religious reasons, despite the Supreme Court's ruling in favor of same-sex marriage, tipped off a national conversation centering on religion versus the law.

Same-sex marriage: In 2014, Conway refused to appeal a federal judge's order for Kentucky to recognize same-sex marriage, just a year before the Supreme Court made it the law of the land in June, the Associated Press reported. At the time, Conway said he struggled with the decision as he feared it would hurt his future gubernatorial campaign in a conservative-leaning state, but said he "knew what was in my heart," Time reported. Bevin said he supported Davis' decision not to issue marriage licenses to same-sex couples, citing his faith and conservative views as his reasoning, according to the AP.

Health care: Conway seeks to expand Kentucky's Medicaid program, which resulted from Obamacare, WFPL  reported. "What I am not going to do ... is what my opponent would do on day one and that's kick a half-million people off their health insurance," Conway said at a campaign rally in Lexington, Kentucky, on Monday. "We're not going to let that happen, are we?" Bevin wants to get rid of the current Medicaid plan and make participants pay more, the AP reported.