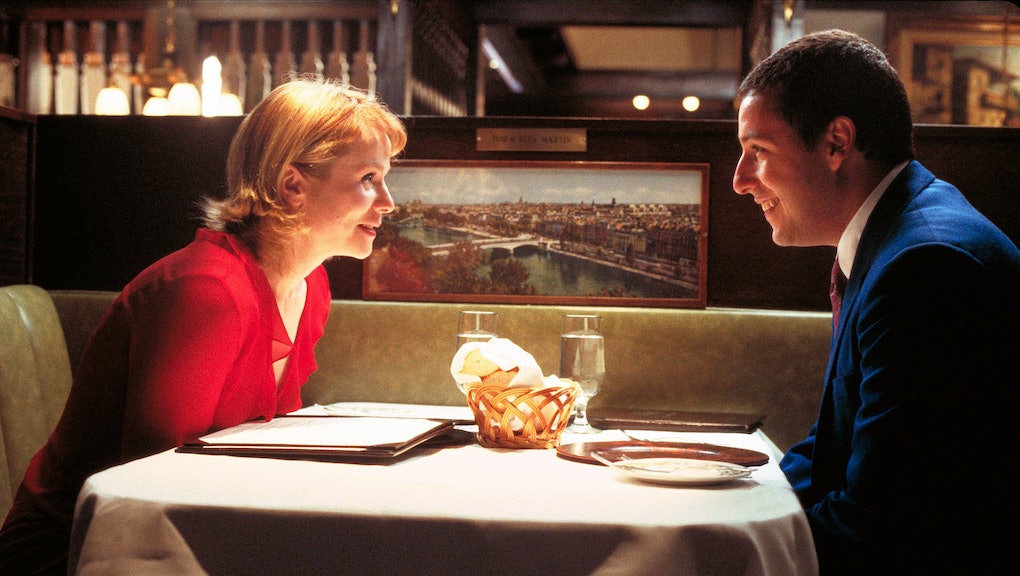 Social anxiety isn't just casual nervousness. As defined by Social Anxiety Support's website, it's "a feeling of discomfort, fear or worry that is centered on our interactions with other people and involves a concern with being judged negatively, evaluated or looked down upon by others." In other words, it's the crushing weight of just being with other people.

The reality of social anxiety — characterized not by outbursts, but by the quiet fight to get through the days — makes it difficult to depict on screen. Perhaps that's why the films that really delve into the realities of the disorder are few and far between. That scarcity makes each depiction all the more important, particularly when they portraits are so powerfully painted. Here are seven such films that nail the experience.

In the 2010 best picture Oscar winner, King George VI (Oscar winner Colin Firth) is presented not as impervious royal, but as mortal man. He suffers great anxiety when it comes to public appearances and begins to stutter — a trait his advisers worry is ill-befitting a monarch. So he gets assistance from a speech therapist, Lionel Logue (Geoffrey Rush), forging a bond in the process.

Based on King George VI's true life story, it's the end of The King's Speech that sets it apart. Instead of miraculously being cured of his anxiety and stutter, George uses his newly learned tools to power through. It's a remarkably honest ending that doesn't sacrifice the emotional payoff. It makes that payoff feel earned.

In this 2011 film, Josh (Tyler Langdon) is living with particularly bad anxiety. He engages in an experimental form of anxiety therapy for two reasons: one, to see if he can get better; two, to bond with coordinator Aurora (Laura Alexandra Ramos). Josh's symptoms run the gamut from discomfort at parties to panic attacks, a true-to-life display of the range of forms social anxiety can take on.

While Napoleon (Jon Heder) himself is awkward in this 2004 independent film, it's Deb (Tina Majorino), the protagonist's friend, who best showcases the symptoms of social anxiety. Unlike Napoleon, who doesn't care what others think of him (to his own detriment), Deb cares acutely. She's uncomfortable from her first moments on screen, trying to sell her services as a photographer door-to-door to raise money from college.

Screenwriter Charlie Kaufman used an innovative storytelling trick to explore anxiety in this 2003 film. He not only put himself in the story, starring as Charlie Kaufman (Nicolas Cage), he gives himself a twin, Donald (also Cage), a more successful version of himself. The story focuses on his adaptation process of author Susan Orlean's (Meryl Streep) The Orchid Thief, and is in some ways autobiographical. Kaufman was supposed to write an adaptation of The Orchid Thief, but he wrote a movie about his own process instead.

Adaptation. details exactly how hampering living with social anxiety can be. While Donald is talentless but charismatic, Charlie is brilliant but cripplingly anxious. It's an interesting film that exaggerates the truth of a real situation into a resonant and deeply metaphorical place.

Eternal Sunshine of the Spotless Mind

When a man living with social anxiety meets a woman with seemingly zero anxieties at all, what's the result? Is it bad enough to need to forget forever? That's the question at the heart of Eternal Sunshine of the Spotless Mind, a 2004 movie about Joel (Jim Carrey) and his regrettable (maybe), forgettable (he hopes) relationship with Clementine (Kate Winslet).

Joel is depicted as a hermit in the film, unfriendly when talking with others and living in solitude. Clementine, on the other hand, is a free spirit with colorful hair and a zest for life. In other, less impactful films, Clementine would "save" Joel from himself. That's not the way life works, and it's not the truth of Joel's story. Instead, their interactions are difficult, and it's to director Michel Gondry's credit that he doesn't shy away from said difficulty.

Amélie, both the character and French film, is an interesting take on living with social anxiety. Instead of trying to engage directly with people, she (as played by Audrey Tautou) prefers to affect others' lives in positive ways. She just would rather do it from afar.

As Amelie explores these minor, positive manipulations, it also explores her discomfort with herself. In her most personal interactions, she's deeply anxious. Her personal journey to grow out of that forms the film's other half.

Barry Egan may be Adam Sandler's greatest character, and credit is due to his convincing work as a man living with anxiety in this 2002 film. He's a bit more prone to outbursts than the other characters on this list, but he's mostly characterized by how poorly he conducts himself with others. He's tremendously self-conscious, which only manages to exacerbate the extreme story he's living in.

An interesting element of Punch-Drunk Love is Barry's seven sisters, all of whom treat him poorly. How much does family upbringing affect someone living with social anxiety? Does it create it, or either strengthen or weaken it? Research suggests it does. Punch-Drunk Love deserves credit for posing the questions — and for having great empathy for Barry.