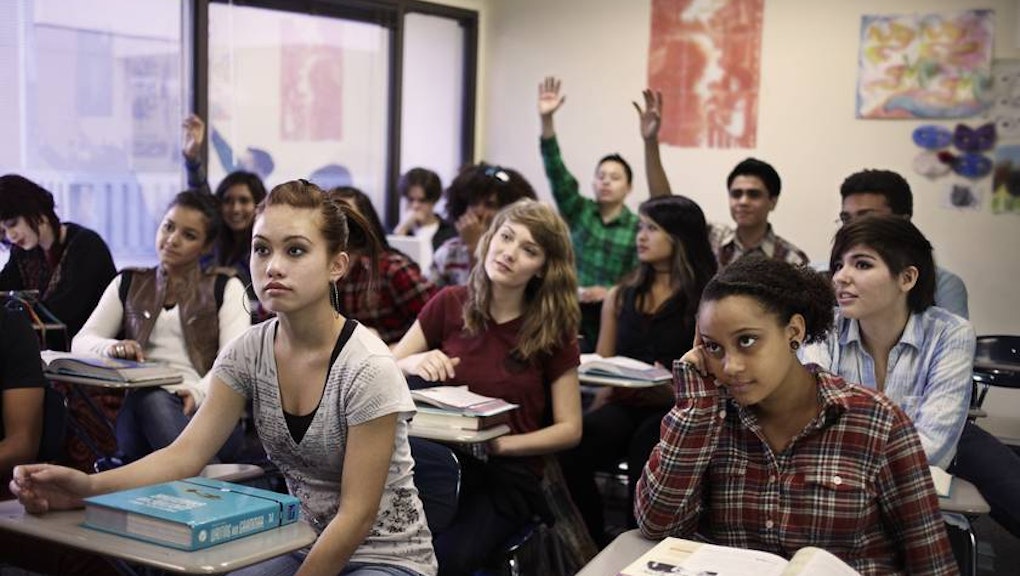 The Important Reason Teens Should Talk to Their Moms About Sex

Nearly one-fourth of teenagers report that they haven't discussed sex-related issues with their parents, but according to a new study published Monday in the Journal of the American Medical Association, Pediatrics, they really should.

The study, which analyzed 52 articles written over the course of three decades of research and included more than 25,000 adolescent subjects, found a link between parent-adolescent sexual communication and safer sex behavior. This connection, researchers found, was more pronounced when the communication involved a mother and/or daughter. These talks can make a huge difference, since 1 in 4 teens contracts a sexually transmitted infection every year and half of all sexually active people will contract an STI by the age of 25, according to the American Sexual Health Association.

Parents, the authors of the study write, are uniquely positioned to influence their teens' "sexual attitudes, values and beliefs regarding risk" and model "open and honest communication," which their children can in turn enact in their own relationships. Of course, some factors may interact with this communication — like "parent-adolescent relationship quality, parental monitoring or the marital relationship itself" — and parents may have to adjust their methods to communicate effectively to sons, who the authors found had a weaker association between communication and safer sex practices than daughters.

Encouraging communication at home also seems particularly valuable given that high schools in the U.S. are overwhelmingly failing to impart this information. Seventy-one percent of Americans have sex by age 19, according to a study by the American Academy of Pediatrics, yet only 22 states and the District of Columbia require comprehensive sex education. This reality persists despite the fact that abstinence-only sex education has been proven ineffective and research has shown that educating children about sex has no correlation with earlier onset of sexual activity and sometimes even delays sexual activity.

In addition to schools failing to provide accurate information, teens are bombarded with inaccurate information from other sources. Research shows, for example, that teenagers are more likely to get messages about sex from their friends and the media as opposed to their parents.

As Indiana University associate professor and sex researcher Debby Herbenick told Mic in March, "parents, teachers and other responsible adults need to help teens and young adults understand" sex and the messages our culture proliferates about it. Doing so may be embarrassing or uncomfortable at first, but ultimately, as this review of research proves, it's beneficial for everybody involved.