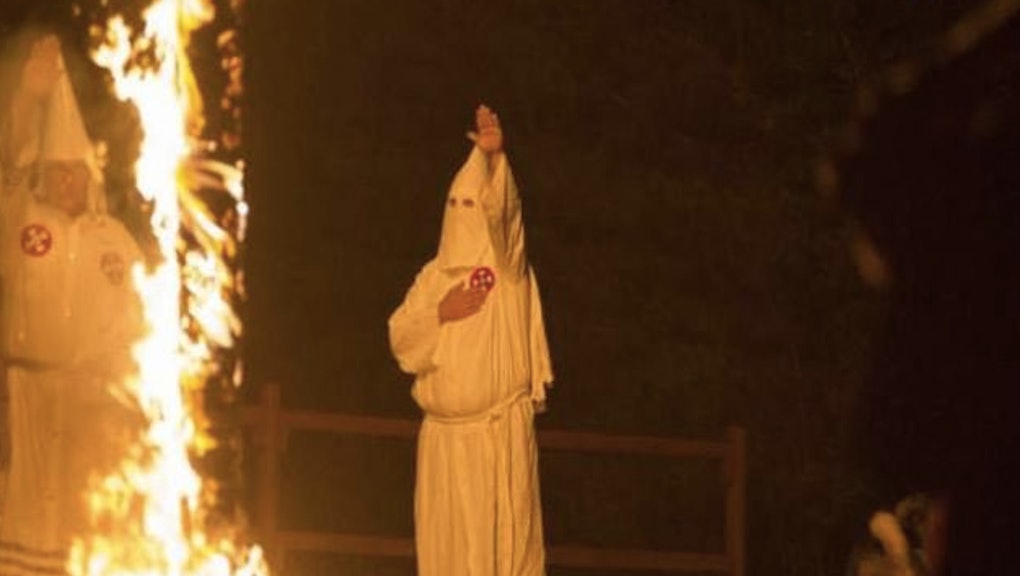 Mayor Theresa Sharp of Lahoma, Oklahoma, has responded to the controversy surrounding her husband Cary Sharp and his friends dressing up as Ku Klux Klan members for Halloween and hosting a fake white supremacy rally on Saturday night. According to reports, the men were allegedly pretending to burn crosses, a move that outraged residents and quickly made headlines.

"I just don't condone it regardless of who it is, whether it's my husband or Joe Smith around the corner," Theresa Sharp told News9. "I was out trick-or-treating with my son, and I in no way support the activities that occurred." Cary Sharp told News9  he was "embarrassed" by the incident and had "shamed my family and friends."

The mayor's husband and his friends cut holes into white linen, apparently to resemble members of the KKK, Saturday night and may have set fire to crosses in a fake rally, according to some eyewitness accounts. "Although I know it was a joke that they save them and myself anymore headaches to not burn anymore crosses," Deputy Aaron Moore wrote in an incident report, Raw Story reported.

Misty Meister, who originally called local authorities when she saw the men dressed in KKK uniforms standing around an outdoor bonfire, was angered by the men's Halloween festivities. "It is upsetting due to the fact that we live in a community with families of different ethnic backgrounds, and this is a symbol of hate and intolerance." Meister told News9.