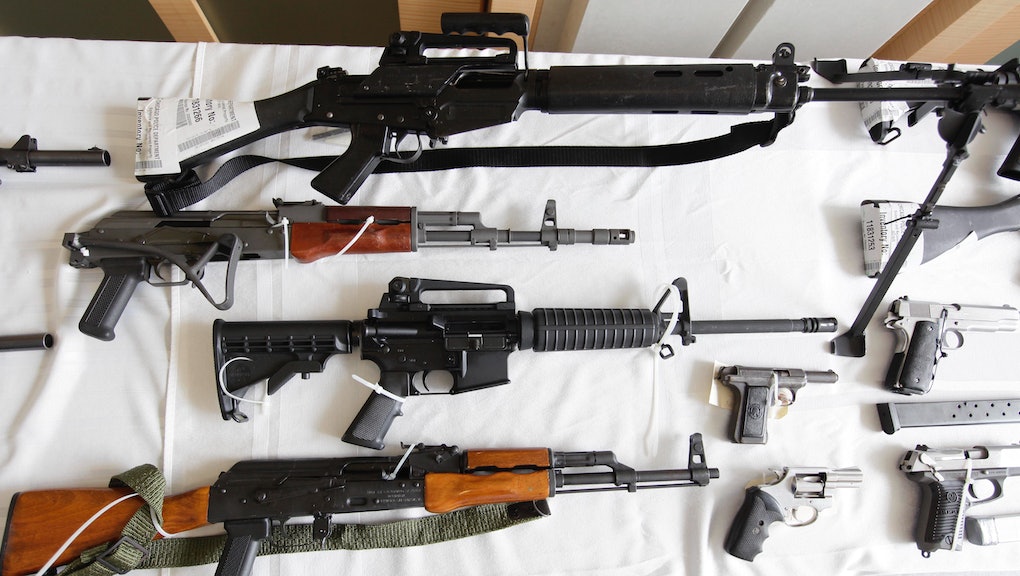 This Is How Chicago Gets Flooded With Illegal Guns

Q: Where do you get an illegal firearm?

A: From someplace where it's legal.

A new report from the Trace, a Michael Bloomberg-backed media organization seeking to resolve the roots of gun violence across the United States, sheds further light on the "apparent paradox" of Chicago's consistently high rates of shootings despite the city boasting some of the country's strictest gun laws.

In 2014, Chicago saw 390 murders and more than 2,500 shootings, adding to its reputation as one of the U.S. cities with the highest absolute numbers of shootings and killings (though not when adjusted for population). Chicago Police Superintendent Garry McCarthy blamed the city's epidemic of violence on the widespread availability of guns. "If these guys [were] throwing rocks at each other we wouldn't have this problem," McCarthy told the Chicago Tribune (paywall).

Gun-rights supporters often point to Chicago's endemic violence as evidence that gun control doesn't work. But the Trace's investigation suggests the real problem is the lax gun laws everywhere else.

Citing Bureau of Alcohol, Tobacco, Firearms and Explosives data — which shows that approximately 60% of guns used in crimes across Illinois came from out of state — the Trace built an infographic demonstrating just how many guns flow into the city from states with less restrictive gun laws.

Most of the firearms used in crime originated from within Illinois. But such widespread interstate firearm trafficking is why "the chief of the ATF's violent crime and intelligence division has compared trafficked guns to cockroaches in the apartment complex," writes the Trace. "If you aggressively treat the problem in one place, while leaving it unchecked elsewhere, the infestations will continue."

"I think that it's more likely that if Chicago did not have tough gun laws, they would have higher rates of gun violence than they do have," Duke University public policy researcher and University of Chicago Crime Lab gun expert Philip Cook told Bloomberg. He told the site that of the 7,000-plus guns he had traced in his work, "the great majority came from the people who were members of gangs ... part of the reason is those organizations are skilled at accessing guns."

Illinois "does not license or regulate gun dealers, require gun registration, limit the number of guns that can be sold at one time, or require background checks on private sales that aren't conducted at gun shows," writes Zack Beauchamp for ThinkProgress. As a result, it is relatively easy to circulate guns that originate outside Illinois throughout the state when they arrive.

What's happening in Chicago is just one dimension of a larger national problem with guns. The U.S. has more civilian-owned firearms and looser gun laws than any other advanced, economically developed nation in the world. Similarly, the U.S. has the highest rates by far of firearm-related violence in comparable countries. Reports like these underline the conviction that gun violence is a collective problem in the U.S., not a local one that can be reduced to debates over a single city's gun laws.