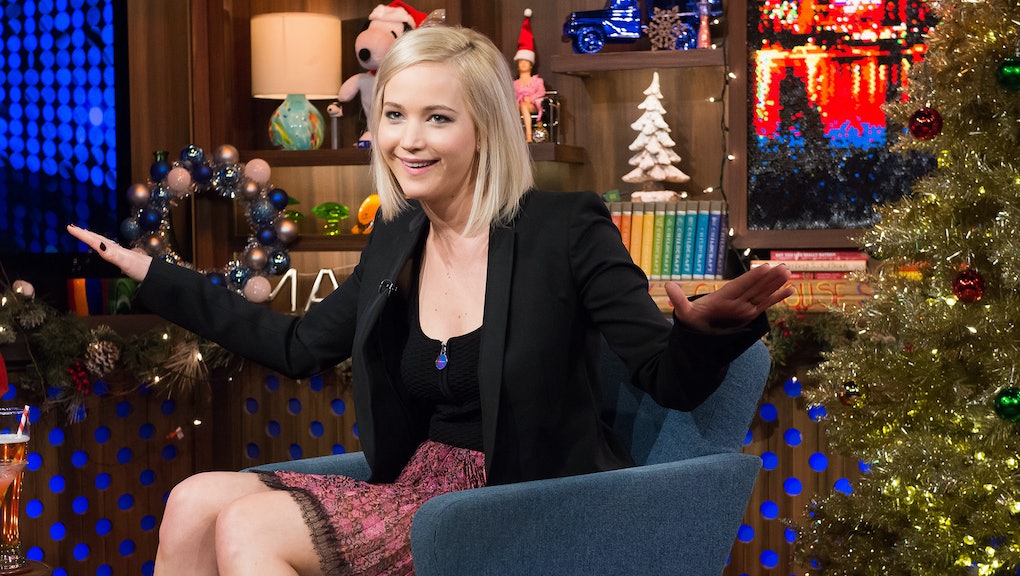 In One Sentence, Jennifer Lawrence Sums Up Why Women Need Planned Parenthood

Once again, Jennifer Lawrence has made us fall (more) deeply in love with her by proving that she's actually just like us — even when it comes to birth control, condoms and Planned Parenthood.

In an interview for the February issue of Glamour, J. Law revealed that she would hide condoms and birth control from her religious mother when she was a teenager and that she relied on her local Planned Parenthood to get the contraception she needed.

Lawrence also added that attacks on Planned Parenthood — whether they're threats to cut government funding for the organization or acts of terrorist violence directed at clinics — aren't actually about medical procedures so much as they're an attack on women having reproductive rights.

"It isn't an attack on abortions; it's an attack on women," she said. "Because Planned Parenthood is so much more [than abortion]."

Indeed, it is so much more than that, and Lawrence isn't the first star to say so — or the first to admit to relying on Planned Parenthood for her own healthcare needs. Celebrities from Lena Dunham to Chrissy Teigen have rallied behind the beleaguered organization, joining the millions of women and men around the world who trust Planned Parenthood with their health.

And, you know, don't want to get pregnant. The star credited the nonprofit healthcare provider for helping her become "a successful woman who has not had a pregnancy."