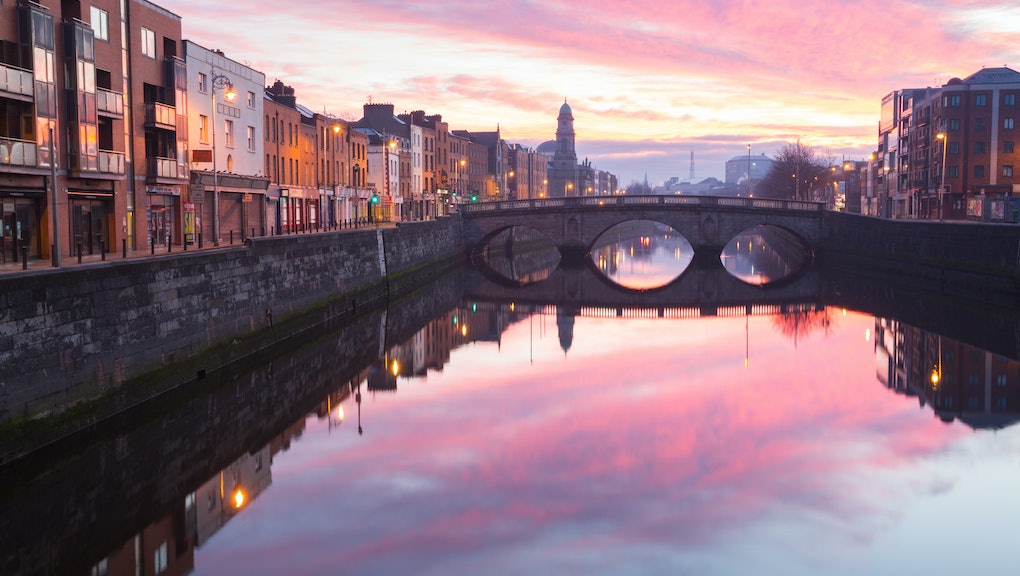 As the United States rethinks how to penalize citizens for drug possession, Ireland is now considering doing away with serious penalties for possessing drugs altogether.

According to Aodhán Ó Ríordáin, the minister in charge of Ireland's National Drugs Strategy, the country is in need of a "radical cultural shift" that includes decriminalizing small amounts of cocaine, heroin and marijuana for personal use, the Irish Times reports.

"I am firmly of the view that there needs to be a cultural shift in how we regard substance misuse if we are to break this cycle and make a serious attempt to tackle drug and alcohol addiction," Ó Ríordáin said on Monday, according to the Irish Times.

The minister also announced plans for establishing supervised injecting centers, which would open first in the capital, Dublin, before beginning in other cities across the country. The centers will give at-risk drug users a safer and more hygienic place to consume drugs, with the ultimate goal of reducing use.

Ó Ríordáin's groundbreaking announcement is still in planning phases. The injection centers require legislative action in order to be authorized before next year, and decriminalization would be overseen by the next administration. Such a law wouldn't legalize the drugs, but it would mean that penalties for possession would be either eliminated or reduced in seriousness to something akin to a traffic fine.

Ó Ríordáin said he was confident about the prospect of a major shift, telling the Irish Times that there was a "strong consensus that drugs across the board should be decriminalized."

The possibility of decriminalization in Ireland is only the latest example of a major reckoning across Europe and the Americas with the enormous economic and social toll of the modern war on drugs.

A leak from the United Nations' Office on Drugs and Crime in October revealed the agency was on the brink of releasing a paper calling for the end of criminalizing drug use and possession. That stance has been complicated by the leak, but nonetheless signals an emerging consensus among policymakers across the world.

Decriminalization would be a radical shift away from the status quo for Ireland, but it wouldn't be unprecedented in Europe. In 2001, Portugal decriminalized possession of small amounts of all drugs in response to a catastrophic heroin epidemic that seemed immune to the conventional war on drugs. Today, that policy is considered by many drug policy observers to be a resounding success, although a number of other factors have contributed to the country's dramatically improved health outcomes.

In Portugal, if someone is caught in possession of an illicit drug, they appear before a panel that's usually made up of a lawyer, a doctor and a social worker. After a consultation, the individual is either given a minor fine, recommended treatment or let off without any penalty at all. Most of the time, people experience no penalty. In conjunction with this decriminalization model, Portugal has also invested the resources that were spent policing and prosecuting drug possession into public health programs — well-funded treatment centers and programs designed to help drug addicts gain or keep jobs. Fourteen years since instituting these rules Portugal has seen a decline in most measures of use and a plunge in overdoses and serious disease transmission.

Ireland's next step on how it treats drugs is far from certain, but decriminalization would be a wise step.