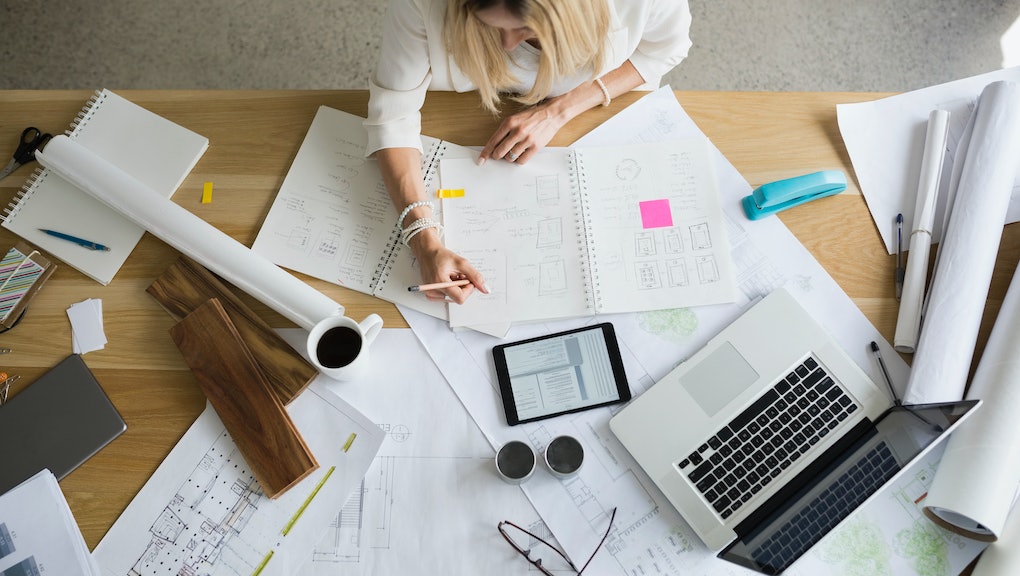 Here's Why "Do What You Love" Is Crappy Career Advice

In a 2005 commencement address at Stanford University, Steve Jobs advised graduates to "find what you love" and make it a career. If I followed that advice, here's what I would do: spend my time reading contemporary literary fiction by women, experiment with different ways to cook eggs, dance to Destiny's Child in my living room and find a way to bring an end to social and economic inequality forever.

"Pursuing my passion" would also mean having all the time in the world to write whatever I wanted and to socialize with people who I love and/or are smarter and more interesting than I am. It would likely be fulfilling and interesting and fun. It would probably also leave me homeless.

That's exactly why following Jobs' advice and "doing what you love" is utter bullshit.

Sorry, but very few of us are destined for fulfillment. The fact that the concept of "doing what you love" (let's just abbreviate as DWYL) is problematic is well-documented. If you have the freedom to pursue your passions as a full-time job, then it inevitably follows that you come from a certain position of economic and social privilege. The truth is, the overwhelming majority of us need a steady paycheck to survive, an end goal that tends to supersede finding self-actualization at the office, Maslow's hierarchy be damned.

Nonetheless, DWYL is still a guiding principle for many millennials entering the workforce today — even though all things considered, it's pretty crappy career advice, as well as an easy way to diminish the value of work that is necessary for society to function.

As Miya Tokumitsu, author of Do What You Love: And Other Lies About Success and Happiness, wrote for Jacobin last year, linking passion and self-worth to our idea of career success has harmful implications for those who have neither the privilege nor the opportunity to do the things they're passionate about.  DWYL "disguises the fact that being able to choose a career primarily for personal reward is an unmerited privilege," Tokumitsu wrote for Jacobin.

It also opens workers up to all kinds of exploitation. "Emotionally satisfying work is still work, and acknowledging it as such doesn't undermine it in any way," Tokumitsu wrote. "Refusing to acknowledge it, on the other hand, opens the door to the most vicious exploitation and harms all workers. ... Nothing makes exploitation go down easier than convincing workers that they are doing what they love."

"Nothing makes exploitation go down easier than convincing workers that they are doing what they love."

An idea that sets everyone up for disappointment: It's fundamentally unrealistic to act as if sheer will and determination alone help us accomplish our goals. And whether your dream is to become a Hollywood actor or a tax accountant, the idea that work won't feel like work if we love it (or that money will come if we just try hard enough) is inherently problematic.

As Marty Nemko — a noted career coach, writer and workplace expert — told Mic, most dream jobs require a certain level of skill and talent that can't always be fueled by passion alone.

"Most dream jobs are a dream for lots of people, so supply and demand means it's hard to land a 'dream job,'" Nemko said. "If you defy the odds, you'll likely be paid poorly and treated poorly because there are a zillion wannabes waiting in the wings to save the Earth, design fashion or fight for expanded minority rights."

Rob Asghar, a management consultant and writer, agreed. He told Mic that the DWYL adage of "do what you love and the money will follow" is "just untrue in many cases."

"It's OK if you're going to be an actor and you're willing to be poor, but don't pretend that fame and fortune are inevitable if you're just 'committed' enough," Asghar told Mic, adding that it's difficult to remain so committed when your passion gets tested by structure and outside influence.

"I think many people are surprised to find that something that was a great hobby turns out to be tedious once they have to show up and do it on a cold snowy morning, have hard deadlines to meet or have other people start telling them how to do that thing they once loved to do," he said.

Feeling like you're not quite doing what you love even though you've pursued your passion can also be a source of mental anguish. For instance, Alex*, 26, always dreamed of becoming a teacher. But when he actually started working in the classroom on a regular basis, he inevitably became disillusioned with his chosen profession.

"When you lionize something, you've set your bar so high that, in all probability, it will fall short of your expectations," Alex said. "At the beginning, our practical experience of careers and working life is so shallow, the pull toward an area that most excites us seems natural and obvious. But like [what happens when we meet] our heroes, considerations about the mundane realities of a job get overwhelmed by our hopeful ignorance."

In other words, doing what you love can sometimes turn out to be a bummer.

None of this is to say we shouldn't love what we do. Unlike previous generations, many millennials have the luxury of choosing their professions based on their interests, rather than family or financial obligations. In some ways, we're encouraged to make career decisions the same way we choose our spouses: Marriage, which used to be a business exchange between individuals and their families, is now something we do for love and personal fulfillment.

But our ideas about romantic marriage make it easy to forget that the institution is fundamentally about obligation and responsibility, two things that are known to sap joy from any experience. The same is true of our jobs, which is to say that work is considered "work" for a reason.

"The reality is that even in an ostensibly cool career, mostly it's work — it's far less fun than hobbies," Nemko said. "Even if you're in sports marketing, you're still cold-calling, writing hype, dealing with rules or a boss you don't like. A recent Marketo survey of Gen Z and Millennials found that 76% aim to 'make their hobby their job.' I roll my eyes when I hear stats that most young people expect their job to be like a hobby."

When we treat our careers as if they're meant to be constant sources of happiness, it's easy to overlook the fact that we're required to do them (and, more often than not, would face dire financial consequences if we didn't). We need more from our jobs than a sense of self-worth, and there's absolutely no shame in acknowledging that.

"When people get pushed into work that has some attractive elements to it — stability, higher salary — but really doesn't engage them fundamentally at level of interest, it's like a slow death," Monique Valcour, a management professor at EDHEC Business School and executive coach, told Mic. "I think that key thing about connecting passion to employment is you really have to understand what is it you get excited about ... [but] you obviously have to temper that with the ability to search and find places where you can get paid for what you want to do."

The way to find that, Valcour said, is to try new things and remind yourself that work isn't always about enjoyment. Often, it's about a well-earned sense of accomplishment. "Challenge [is] a key quality to pursue. It's one of the things that keeps people engaged," she said.

We should be chasing more than a dream. As any career counselor or parent will tell you, work is never going to feel like a fun hobby. But it can add enormous value to our lives — and it can still be interesting and fulfilling.

Pursuing tasks that challenge us can leave us feeling just as satisfied as writing short stories, or doing improv, or building model ships or anything you do at home that you don't get compensated for. It can also have the potential to make people more productive members of society, according to Nemko.

"The most likely route to career contentment is to find work that isn't too hard or too easy, that's ethical, with a good boss, a decent commute and that pays decently," Nemko said. "Then work diligently at it so you're good at it. Remember that your heartbeats are more valuably spent when being productive."

Moving away from "following dreams" and instead pursuing a more consistent, reliable source of income does, however, force us to question what sort of external value our abilities have, instead of considering solely what will make us happy. But that's not necessarily a bad thing.

"Having to go out and convince people that you have something worth paying money for is a major reality check," Valcour said. "For some people that's a really cool challenge, and for others it's a tough pill to swallow. One major skill you need to develop is to be able to articulate and demonstrate what is the value. It's not just 'I'm passionate,' it's, 'I can do something that will add value.'" And as a generation of idealistic do-gooders, ultimately, "adding value" seems to be millennials' fundamental goal.

"Your heartbeats are more valuably spent when being productive."

I don't have my dream job. But luckily, the job I have sometimes incorporates more than one feature of my fantasy career (I am a writer, after all, and I often get to talk to cool people). It gets me closer to "doing what I love" than most people's jobs ever will, and it definitely prevents me from being homeless.

Steve Jobs was wrong. DWYL is yet another way of telling young adults entering the career force that we're all special snowflakes. And even though it's true that everyone has their own unique and special abilities, the truth is we're not all going to succeed at following our dreams. That doesn't mean we should give up on them entirely, or that we shouldn't try to chase our passions. It just means we have to get a little more realistic.

"Following your passion is something you can do on a relatively small scale," Valcour said. "Maybe you look around and see what's available, who can you connect to, what are steps toward what you want to do.

"Either way," she said, "you start wherever you are."

*Only first names have been used to allow sources to speak freely on private matters.