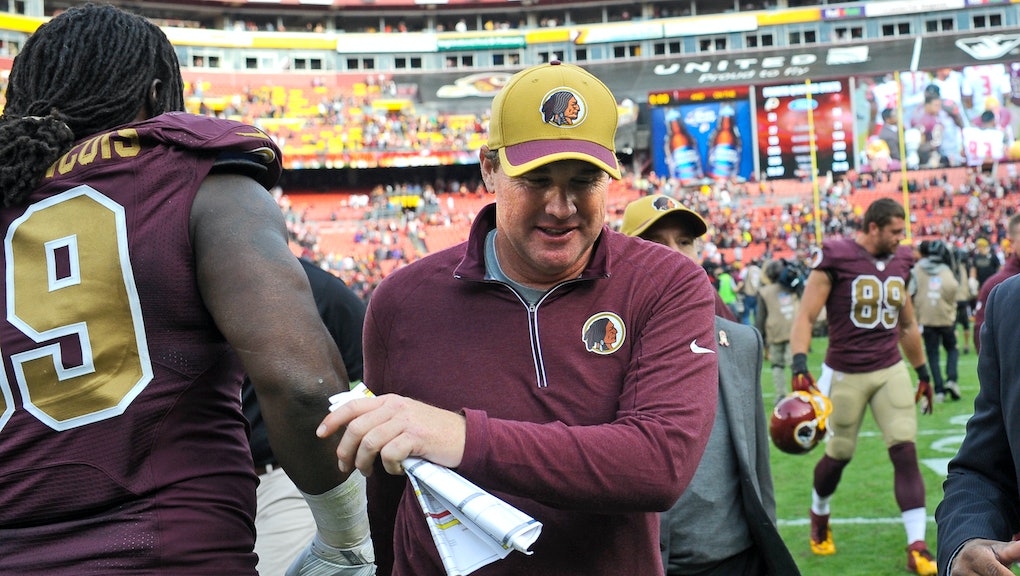 After U.S. District Judge Gerald Lee Bruce upheld a ruling to revoke six of the NFL's Washington Redskins' trademarks in July because it "may disparage Native Americans and bring them into contempt or disrepute," the team responded with a long-winded list of companies with what could be seen as offensive and vulgar names trademarked by the U.S. Patent and Trademark Office.

Review the egregious list in an excerpt from the lawsuit below:

No one today thinks registration reflects government approval. ... Why are numerous Confederate-flag logos and so many lewd sexual depictions on a "government curated principal register"? Does registration of The Church of Jesus Christ of Latter-Day Saints unconstitutionally endorse religion?

The team also said in the brief that canceling its trademark violates free speech, arguing that a trademark is not government speech, rather it is speech protected under the First Amendment that is protected by the government from infringement. "The notion that all 2 million currently-registered marks are government speech is astounding," the brief reads. "... The [U.S. Patent and Trademark Office] has registered hundreds if not thousands of marks that the team believes are racist or misogynistic, vulgar or otherwise offensive."