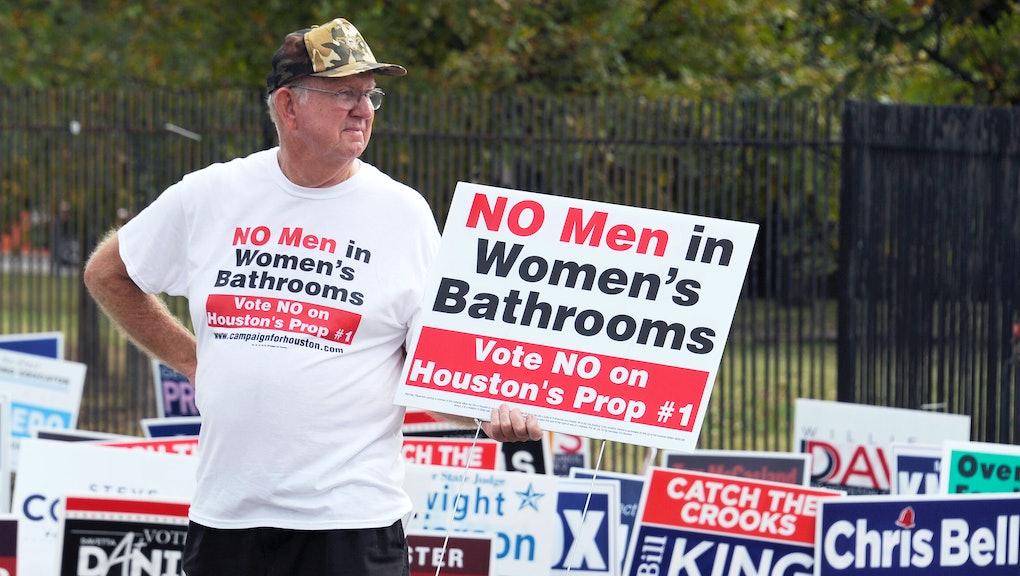 Houston residents failed to pass Proposition 1, also know as Houston's Equal Rights Ordinance, or HERO, on Tuesday's election night. The bill would have extended discrimination protection laws to to people based on 15 classes of identity, including gender identity and sexual orientation.

After facing a lengthy, conservative-backed media battle claiming HERO would make it easier for sexual predators to target women in public restrooms, the bill lost by a landslide in the early voting portion of the election, with 65% voting to repeal the measure and only about 35% in support of it.

Texas Lieutenant Gov. Dan Patrick tweeted his satisfaction with the bill's rejection, writing, "On the defeat of Houston Prop 1. Men, stay out of women's locker rooms and restrooms #NoonHoustonProp1."

However, others across social media weren't as thrilled about HERO's failing. When news began circulating Tuesday night Houston would be removing the ordinance, Texans, progressives and most of the internet immediately began expressing their dismay.

Some Houstonians decided to throw in the towel after Tuesday night and begin looking for other cities to move to:

Meanwhile, the rest of Twitter was simply shocked by HERO's defeat:

But the fight for equality doesn't appear to be over in Houston just yet: